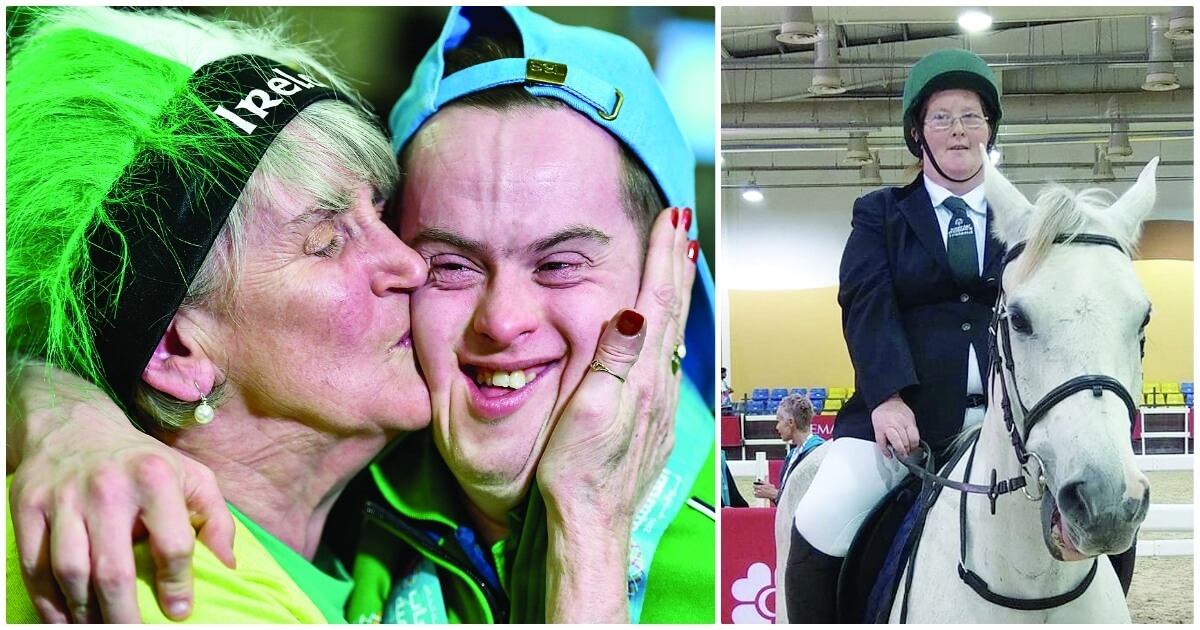 All turned in great performances and played their part in a hugely successful Games for Team Ireland that boasted a sensational haul of 86 medals -30 gold, 29 silver and 27 bronze.

Stephen Murphy, of the Palmerstown Wildcats is welcomed home by his mother Theresa (left) and Tallaght's Sally Duffy was one of the stars for Team Ireland in the Equestrian field (right).

Indeed the former picked up no less than four bronze medals for individual disciplines in clubs, ball, ribbon and hoop while Rachel also won a bronze for her combined routines in rope, ribbon, ball and hoop.

A double medal winner in the 2011 World Games in Athens, Tallaght woman Sally Duffy (42) of Festina Lente Special Olympics Club delivered again in the Equestrian field this month with a silver medal in English Equitation and bronze in Working Trails.

What’s more, she picked up a determination medal after having been thrown from her horse during the competition.

Also competing superbly for Team Ireland was golfer John Keating from Templeogue who won gold in his 18-hole Level 4 Strokeplay.

What’s more, Phyl Kelleher from Rathfarn-ham served as a playing partner to Andrew Siming-ton from Dalkey and together they won gold in Level 2 Alternate Shot.