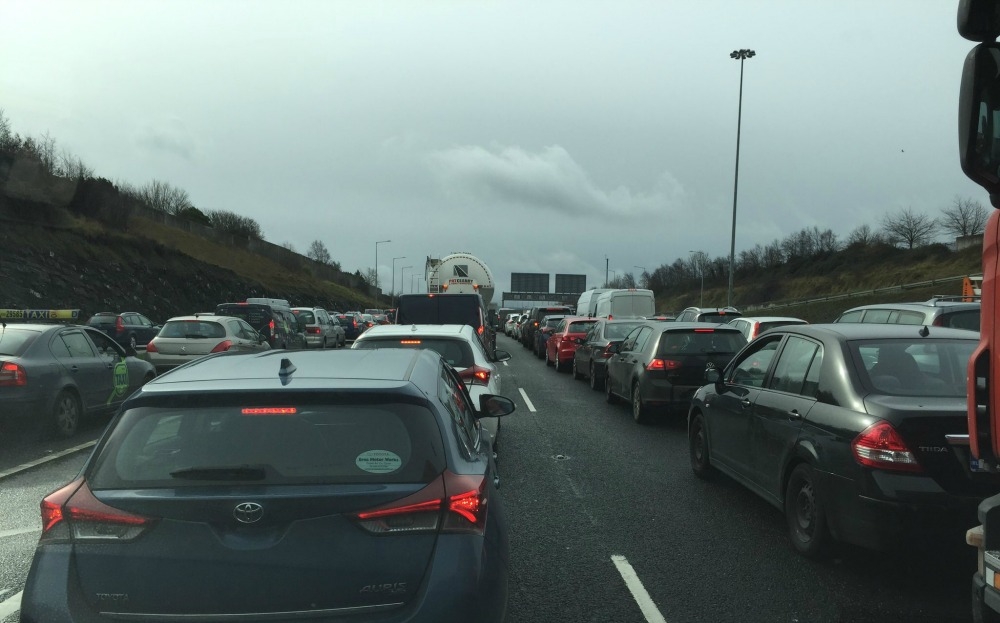 Long delays on M50 southbound due to four car collision

UPDATED 11:50am: All lanes have reopned but delays remain in the area…

Major delays on the M50 southbound have been reported this morning after a four car collision resulted in just one lane remaining open.

The collision occurred at around 10:30am between junction seven (Lucan) and junction nine (Red Cow).

Dublin: Expect delyas M50 Sthbound approaching J7 Palmerstown due to 4 car collision. Down to 1 lane due to debris on road.

Motorists have reported long delays, while the AA have said traffic is currently down to one lane, and long delays should be expected.

Gardai have also issued a warning to motorists about the collision.