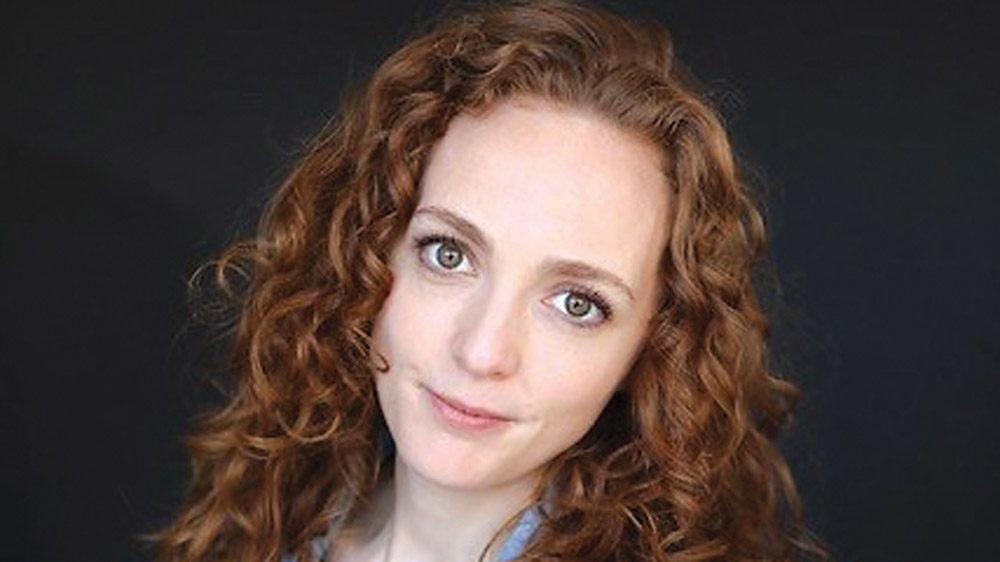 Kathryn McKiernan is a familiar face to many from her years hosting RTÉ’s ‘The Den’, but the talented Rathcoole performer is making waves beyond Ireland due to a recent film role.

Kathryn, who trained at and is represented by the Maureen V Ward Talent Agency, stars in a new Hallmark film called ‘Love’s Portrait’ that’s set in Ireland.

Based on the book by Anna Larner, the film follows an American museum curator who travels to Ireland after receiving a portrait from an Irish artist that shows an uncanny likeness to her.

When the museum curator travels to Ireland, Kathryn’s character, Saoirse, helps her to unravel the mystery.

A past pupil of Holy Family Community School, Kathryn told The Echo about her passion for performing, her years on ‘The Den’, and her experiences on the set of ‘Love’s Portrait’.

When did you realise you had an interest in drama and performing?

I was in speech and drama from the age of four, so it started pretty early.

I then started singing lessons around the age of eight, so that definitely gave me a taste for performing and I really enjoyed it.

I went to stage school too and did singing, dancing and acting.

So it was something I always enjoyed but to be honest I never really thought of it as a career. It was always just a fun hobby!

It was incredible. I got the gig just after I turned 19 and, to be honest, I’m not even sure I fully understood what was going on.

Initially I didn’t realise it was a proper nine-to-five kind of job. It was definitely my dream to be a presenter, but it came out of nowhere and far sooner than I expected.

Between the kids that I had on the show, to working alongside absolute legends like Dustin and Socky, it really was a dream come true.

Sometimes I still can’t believe I did that. To have been part of such an iconic show is a real privilege and I always knew that.

How does it feel for you to know that, through ‘The Den’, you were a part of so many children’s childhoods around the country?

It’s pretty surreal. When I think of how much I enjoyed Ray D’Arcy, Dustin, Socky and the lads when I was growing up, I can only hope that I had the same positive impact on some children around the country.

Although they’re not children anymore, which always makes me feel old.

Having people in their twenties come up to me telling me they used to watch me on ‘The Den’ freaks me out!

But I mean it when I say it was a real privilege to be part of something like ‘The Den’. I was lucky enough to be on ‘The Den’ myself when I was very young, and I remember how exciting that was and how cool it was to get my hands on a Den goody bag.

I used to remind myself of that all the time as I welcomed children to the set.

Their faces would light up. It’s a magic thing. I kept some nice letters and cards and drawings that I got while I was presenting ‘The Den’.

How does presenting compare to acting, and do you prefer one over the other?

It’s quite different. I was completely myself when I was presenting, using my own phraseology and sense of humour.

But with acting, it’s obviously a script and you’re playing a character that you have to keep consistent.

I love both for different reasons, but I suppose because I started off my career as a presenter, I’ll always have a grá for that medium.

Acting in a professional sense is definitely new territory for me so I’ve got a lot to learn. It’s not as easy as it looks…or maybe I just need more practice! I’m really enjoying it though.

What did you find most enjoyable about your time on the set of ‘Love’s Portrait’?

I loved everything about it. As it’s my first feature film I loved seeing how it all works, both in front of camera and behind. It’s magic, really!

I enjoyed being with the crew and hanging out with my fellow actors. I was definitely a bit wide-eyed when I arrived on set on my first day, but everyone was so patient and kind, and I learned so much from the whole experience.

We had a lot of fun too. There were lots of laughs and the American crew wanted to learn about Ireland so my fellow Irish cast members and I had some fun with them; teaching them the cúpla focal, having them experience Irish trad sessions.

It was great craic, on and off camera. We all gelled nicely, and I think that shows on screen.

What response do you hope viewers will have to ‘Love’s Portrait’?

I hope they agree that Ireland looks beautiful! And I suppose I just hope people enjoy the romance of it all.

It’s definitely a tune-out-of-the-real-world kind of movie. I hope people will laugh and maybe even shed a tear…at the right times, of course!

For more information on ‘Love’s Portrait’, which premiered on Hallmark Movies and Mysteries on September 4, visit HERE. 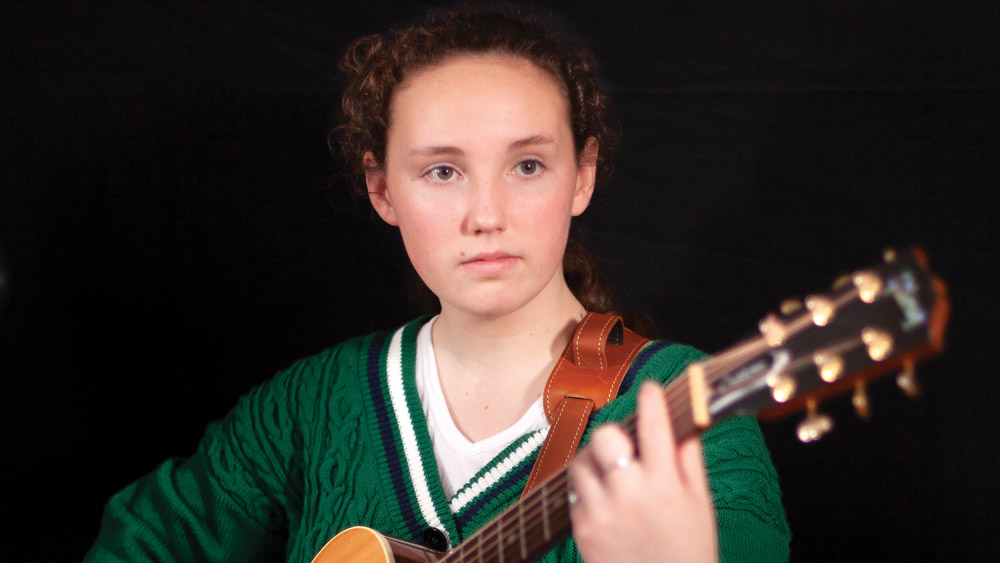 Live with Sadhbh: Keane to play her first headline gig at Round Tower

A teenage Clondalkin musician is gearing up to play her first headline show in the Round Tower GAA Club next month. Sadhbh...