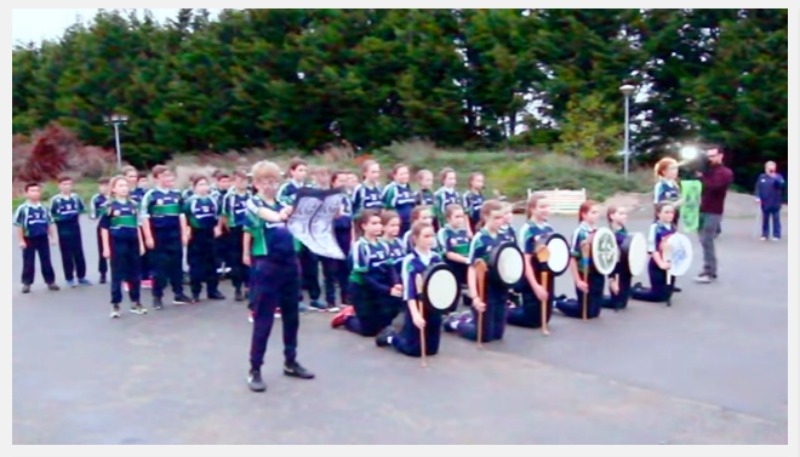 Lucan students perform powerful ‘Haka Gaelach’ for the All Blacks

Students from Gaelscoil Eiscir Riada in Lucan gave the New Zealand rugby team a familiar welcome to Ireland on Monday, with a very Irish twist.

The All Blacks are here to take on the Irish rugby team in the Aviva on Saturday and paid a visit to the school.

Performed by students from sixth class, the ‘Haka Gaelach’ was expertly performed, and it was then accompanied by a specially prepared poem.

Niall Leech managed to capture the special moment, and accompanied the uploaded Youtube video with the following: “The children from 6th class, Gaelscoil Eiscir Riada, Lucan, Co. Dublin, perform the Haka Gaelach for the All Blacks at their training grounds following the All Blacks’ defeat by Ireland in Chicago and ahead of their game against Ireland in Dublin.

“It contains a mixture of the Maori Haka – Ka Mate and a re-written version.”

Here is hoping the powerful performance by the Lucan students further inspires the Irish team to record what would be another famous win over the best rugby team in the world.

NEWER POSTIs your granny or grandad full of charm, warmth and wit?
OLDER POSTVote for the Cadbury Cadvent Trucks to come to Tallaght