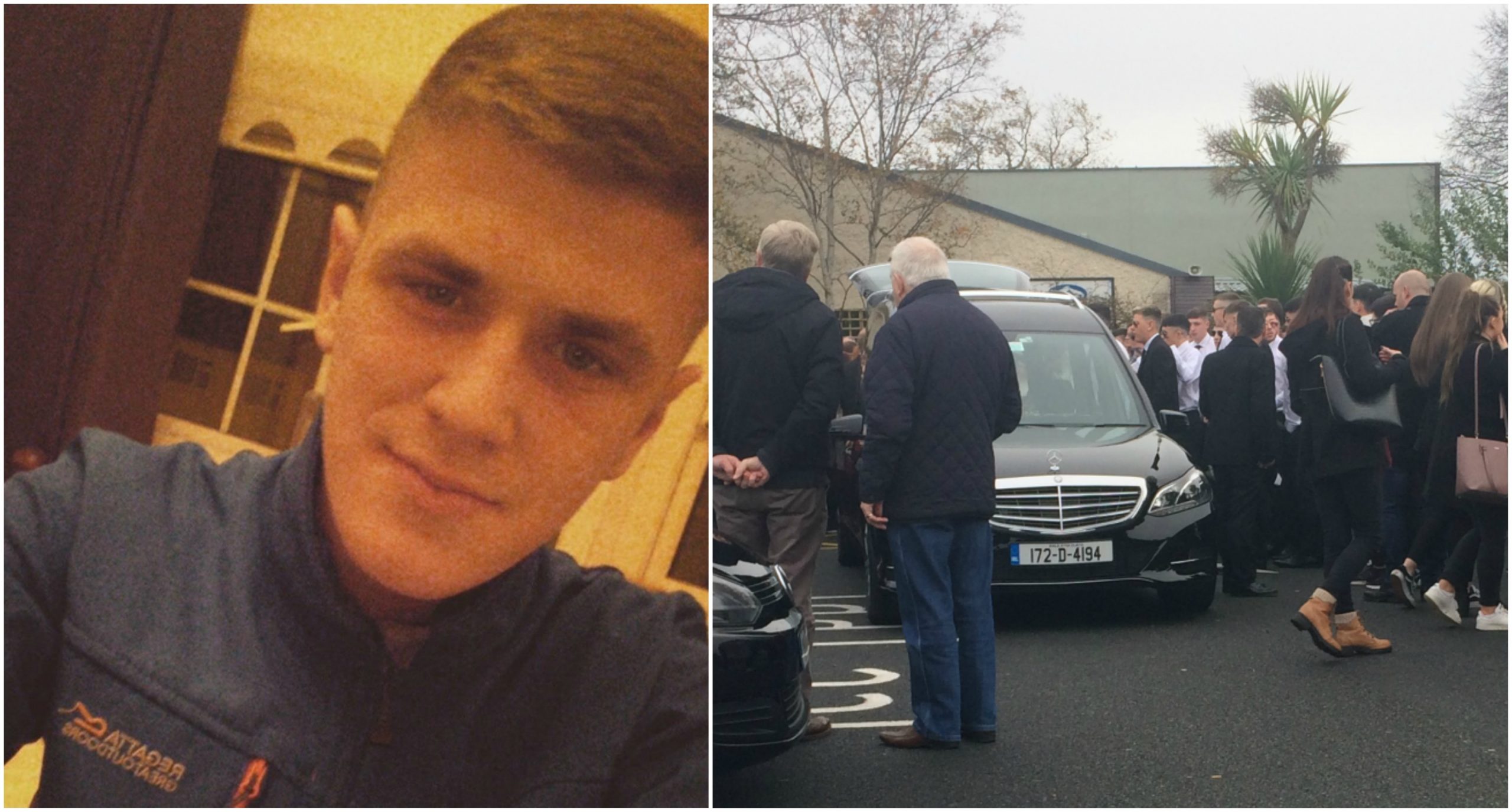 Luke’s mother thanks his friends for courage and respect

The Church of St Martin de Porres in Aylesbury was packed on Saturday morning, with hundreds of mourners coming to pay their respects to popular Aylesbury man Luke O’Reilly who died last Monday.

Twenty-year-old Luke died on November 13 from injuries sustained after a ‘one-punch’ assault on Halloween night.

Emergency services brought Luke to Tallaght Hospital on November 1, however, due to the nature of his injuries he was transferred to Beaumont Hospital where he lost the fight for life almost two weeks later.

Family members left touching symbols of his life on top of the casket, including a Woody doll from his favourite childhood movie, Toy Story, a High School Musical DVD (which he and his cousins often re-enacted scenes from as children), Luke’s boxing gloves, rosary beads, an organ donor card, a picture of him and his cousins, and lyrics from a song his father dedicated to him.

He said: "He carried immense potential, which may often have remained hidden from him . . . Luke's early, sudden and untimely death makes us aware of how fragile we are.

“At the same time, it makes us appreciate the beauty of life. It calls us to live each moment fully. And to do the best we can at each moment, and live with understanding and kindness to each other.”

Luke leaves behind his mother Janet and Alan, step-father Gary and siblings Seán, Ally, Iain and Chris, along with extended family members and friends.

Up to a dozen of the young man’s friends donned white shirts, ties and sunglasses as they formed a guard of honour and helped carry the casket into the church, fighting back emotion during the service.

Speaking on behalf of Luke’s mother Janet O’Brien, a family member read out a tribute to the young man who is described as ‘affectionate’ and ‘family-orientated’.

She called Luke a ‘fighter’ for his passion for boxing and determination to be a bigger name than MMA star Conor McGregor.

“You have shown me time and time again what courage is,” she said.

She thanked her children, siblings, parents and extended family for their support.

She gave a special thank you to his girlfriend Rebecca Buckley for being a ‘constant source of support and love’ for her son.

She thanked his friends for their ‘courage’ and ‘respect’ following Luke’s death: “All of Luke’s friends have completely blown me away over the last few days.

“They’ve shown such courage and respect and I know that they are all feeling the hurt and pain of Luke being taken away from us way too soon and in a most horrific way.”

She said that she hoped that his friends would honour Luke’s life by focusing on their own ambitions: “I want you all, for Luke, to continue to live your lives.

“Make a promise to me and Luke that your only concentration will be to fulfil your dreams and aim high, bringing him along with you in your hearts.”

Luke’s body was taken to Newlands Cross Crematorium after the funeral.