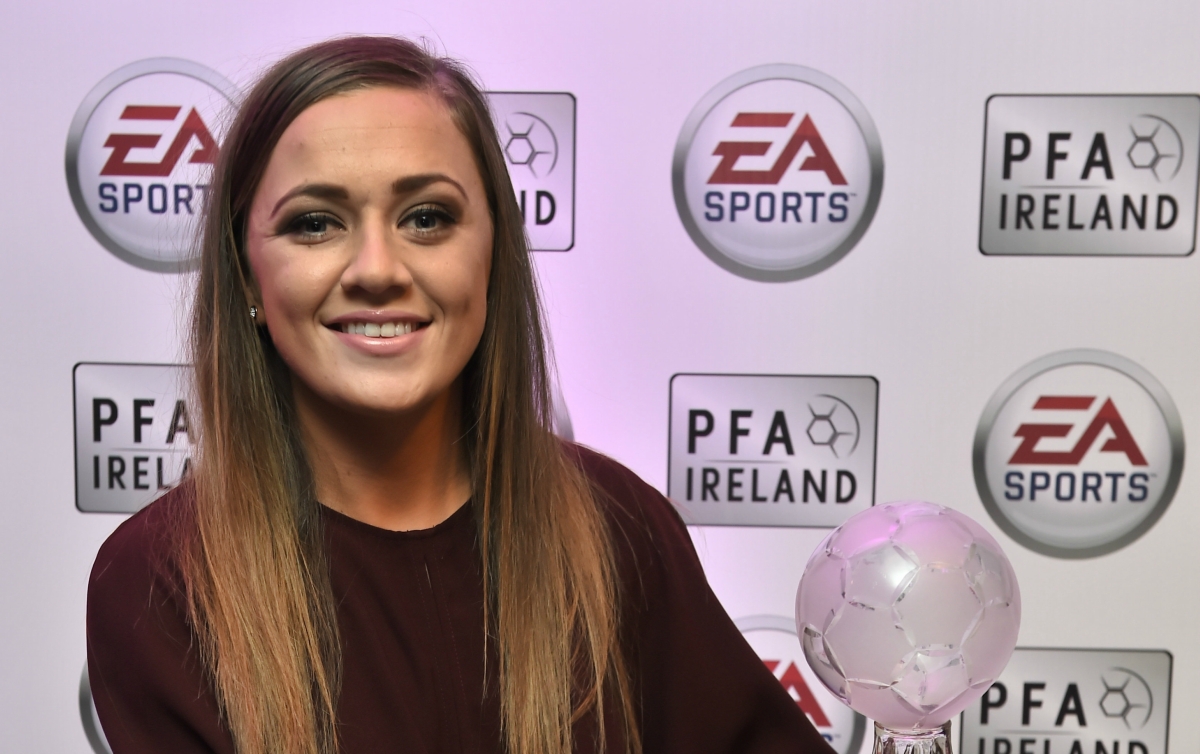 Katie picks up PFAI Player of the Year award

The 22-year-old Arsenal forward was voted by her peers as the best player for the Ireland national team over the past 12 months.

McCabe, currently playing for Glasgow City on loan, was named captain of the Ireland team in August, taking over from Emma Byrne.

She joined Scottish side Glasgow City on loan in August. They are currently sitting top of the Women’s Premier League table, with 18 wins from 20 games.

McCabe said: “I’m very proud to have won the Women’s Senior International Player of the Year award. I can’t thank my teammates and the PFAI enough.”

The Tallaght star has helped the girls-in-green win their first two games of their 2019 World Cup qualifying campaign against Northern Ireland and Slovakia.

McCabe is currently training with the Irish team ahead of their 2019 FIFA Women’s World Cup Qualifier against the Netherlands on Tuesday (November 28), in the  Goffert Stadium, Nijmegen.

McCabe is a sister of Bray Wanderers midfielder Gary McCabe. The other players nominated for the award were Megan Campbell and Denise O’Sullivan.