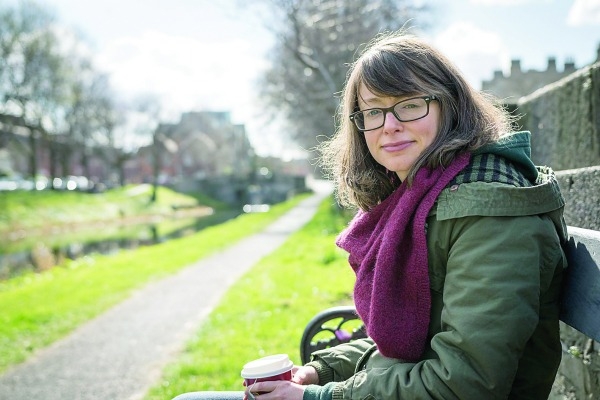 Lyme disease sufferer in danger of death, seeks to raise €100,000 to help with treatment

A YOUNG woman from Rathfarnham bravely spoke to The Echo this week about the need for more awareness around Lyme disease, which has left her suffering from constant fatigue, extreme pain and trying to raise €100,000 for life-saving treatment.

In 2011, Denise Ryan (31) left Dublin to work in Canada. However, after about two years she started to suffer from shortness of breath, vomiting, heart palpitations and mental confusion – symptoms which got so bad that the former IT Tallaght student had to come home to be cared for by her parents.

Denise was sick for around four years until, only last year, she was diagnosed with an aggressive form of Lyme disease, an infection transmitted to humans through the bites of ticks infected with a bacteria called Borrelia burgdorferi.

“I loved Canada, but I had to come home because I got so sick”, Denise said.

“My symptoms have progressed really quickly and I now suffer with horrible fatigue, I throw up a lot, have seizures, the left side of my face is prone to paralysis and I’ve lost all my hair.

“There are also lots of neurological stuff associated with Lyme disease, I have difficulty remembering words and I feel very detached a lot of the time.”

Living at home with her parents in Rathfarnham, Denise needs help with basic tasks like showering and preparing her food and spends most of her day, organising fundraisers, taking her medication and trying to sleep.

“I never imagined that something could make me so sick,” Denise said.

“The effects of this infection on my body have also made me infertile and it can be hard sometimes to see all of my school friends getting married and having babies – because I can’t do any of that.

“I can’t live a normal life and if I don’t get back over to the States within the next two months,Lyme disease will kill me.”

Last April, Denise travelled to Seattle to for a two-month programme which she needs to follow up within a year – which means she has to travel back by July, and raise €100,000 for treatment.

“My condition is terminal if I don’t get back”, Denise said.

“Some of the damage can’t be undone, but I could go into remission and have some kind of life, some sort of normality.

Denise, who despite her ill-health has tried to remain upbeat and positive, added: “I’m hoping that through telling my story that I can raise enough money to get to the States and also raise awareness around Lyme disease.

“I didn’t know what Lyme disease was before I went to Canada and I’ve even come across GPs here in Ireland that do not know much about it.

“An information booklet to increase awareness should be issued, because, if caught early, no one will have to go through what I do.”

According to the HSE, there are between 50 and 100 cases of Lyme disease in Ireland each year – with the most common symptom of Lyme disease being a red skin rash that looks similar to a bull’s eye on a dart board.

If left untreated, the early symptoms of Lyme disease include a high temperature, muscle pain, joint pain and swelling and neurological symptoms such as temporary paralysis of the facial muscles.

The HSE has confirmed that if Lyme disease is diagnosed in its early stages, it can be treated with antibiotics – with most people making a full recovery.

The HSE recommends that when in areas known to have a high tick population, such as woodlands, heathlands and long grass areas, especially during late spring and early summer, to wear long-sleeved shirts and use insect repellent. For more visit www.hse.ie.

To support Denise with her life-saving goal to raise €100,000 visit the Denise Ryan Lyme Treatment Facebook page or donate at www.gofundme.com/10000tenners.