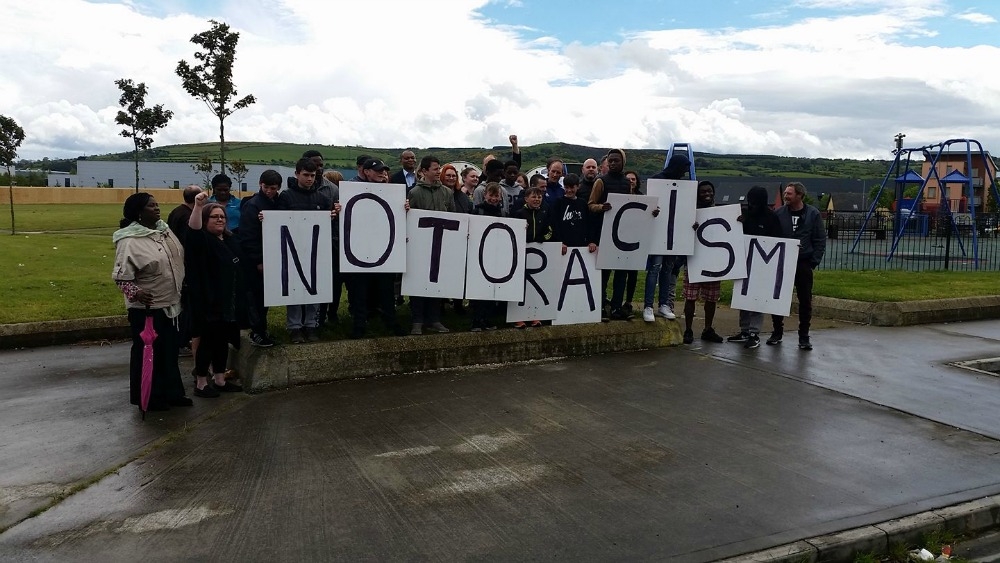 There was a show of unity from the community of Mac Uilliam on Saturday in Tallaght as residents and local activists came together to condemn the recent painting of racist graffiti in a playground in the estate.

Organised by the United Against Racism group, the show of togetherness was the first of what the group said will be continuing meetings with people in the community to discuss ongoing issues.

Last week, the vile graffiti was condemned by many who said the actions of a very small minority would not be tolerated.

Cllr Dermot Richardson said: “We cannot have a minority of people victimising others, and I would urge anyone who seen anything overnight to contact their local reps and Gardai in Tallaght.”

If you have any information in relation to the incident you can contact Tallaght Garda station on 01-666600.

NEWER POSTSunny days on the way this week as temperatures set to soar
OLDER POSTCrime Special: ‘Do you want to live in a kip or a community?’