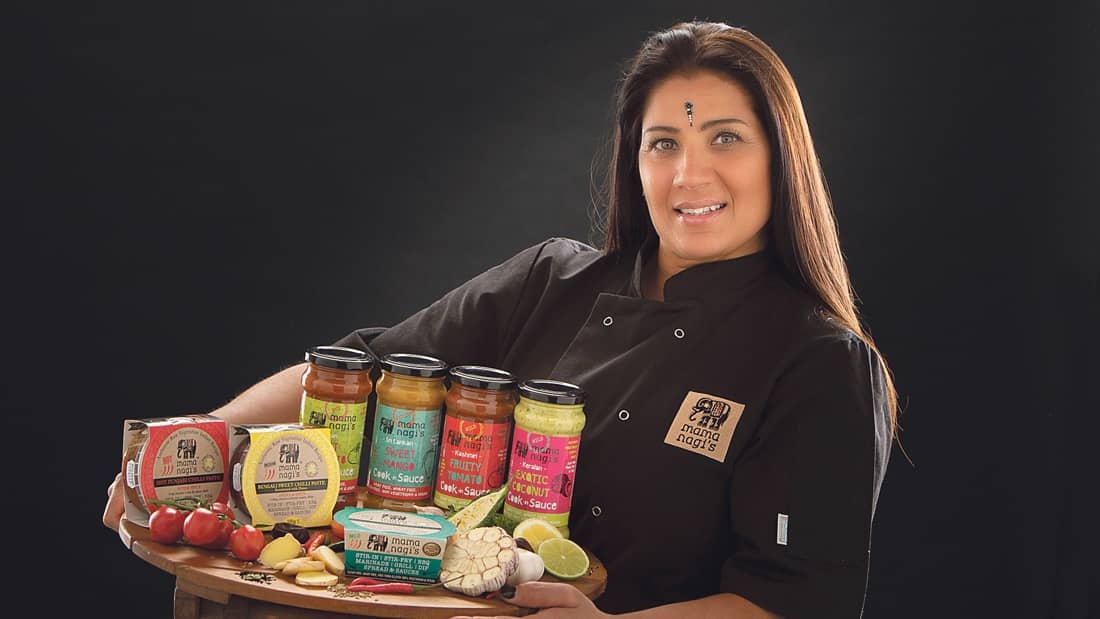 CLONDALKIN business Mama Nagi’s was one of 33 Irish suppliers included on the latest round of Lidl’s Kickstart programme – which sees their products on Irish stores at the German chain for a limited time.

It is the second time Mama Nagi’s has been included on Lidl Ireland’s supplier development programme, which is backed by Bord Bia, and designed to support small and medium Irish food and drink businesses grow their brand.

The Lidl press releases describes the Mama Nagi’s Indian cooking pastes “made with no artificial flavourings or additives, 100 per cent vegan and made only with the finest fresh raw herbs and spices.”

Mindi Keane, founder of Mama Nagi’s, was born in Uganda to Kenyan parents, but as a native Indian family they were forced to flee the country in 1972 when dictator Idi Amin ordered the expulsion of Asians from the country.

After growing up in Lancashire, Mindi moved to Knocklyon with her Irish husband Eamon 18 years ago, and began cooking her mother’s family recipes for a wider market.

In 2015, Mama Nagi’s was born out of a kitchen in Partas, Tallaght Enterprise Centre, and today they are based in ACE Enterprise Park, Bawnogue.

Mama Nagi’s has previously featured on Supervalu Food Academy in 2016, Lidl Kickstart in 2018, and an ‘Grow with Aldi’ programme last year.

Mindi handed over the production reins in January 2018 but remains the face of the company.