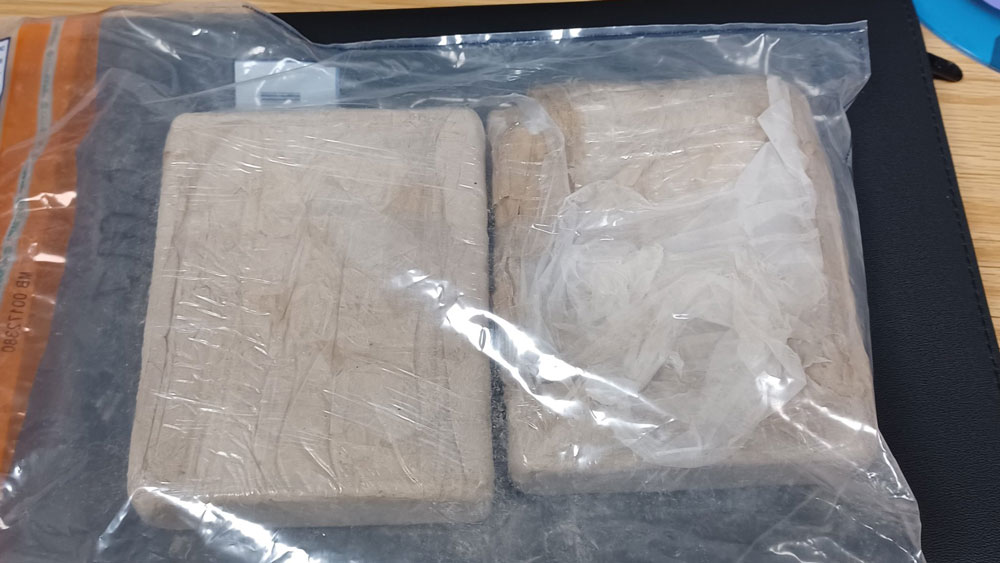 Gardai seized over €137,000 worth of suspected cocaine and heroin in Tallaght as part of Operation Tara

GARDAI have arrested and charged a man following the seizure of over €137,000 worth of suspected cocaine and heroin in Tallaght as part of Operation Tara, an anti-drugs strategy.

On Friday evening, at around 5:25pm, Gardai from the Tallaght Drug Unit conducted a search under warrant of a residence in the Tymon Crescent area of Dublin 24.

“All of the drugs seized will now be brought to Forensic Science Ireland for analysis,” said a Garda spokesperson.

A man in his early 40s was arrested at the scene and detained at Tallaght Garda Station under the provisions of the Criminal Justice (Drug Trafficking) Act, 1996.

This man has since been charged and was due to appear before the Criminal Courts of Justice this morning, October 22, at 10:30am.

Following the operation, and separate operation in which €1m worth of drugs was seized in Sandyford, Assistant Commissioner Angela Willis, Dublin Region said it showed Gardai’s commitment to remove illicit drugs on the streets.

“An Garda Síochána are very mindful of the harm that illicit drugs cause in communities, and the significant negative impact caused in all aspects of society by the behaviour of individuals who are under the influence of illicit drugs,” Deputy Commissioner Angela Willis said.

“Yesterday’s significant seizure in Tallaght and the seizure of significant quantities of both heroin and cocaine with an estimated street sale value in excess of one million euro (€1,000,000), by Garda personnel attached to the DMR East Divisional Drug Unit, and the arrest of two suspects on 20th October, 2022, is a demonstration of our continued efforts to remove illicit drugs from our streets and communities across the Dublin region, thereby reducing the harm to residents and business communities that is associated with drug related criminality.”

Operation Tara is an enhanced anti-drugs strategy which was launched in 2021 with the goal of disrupting, dismantling and prosecuting drug trafficking networks at all levels.