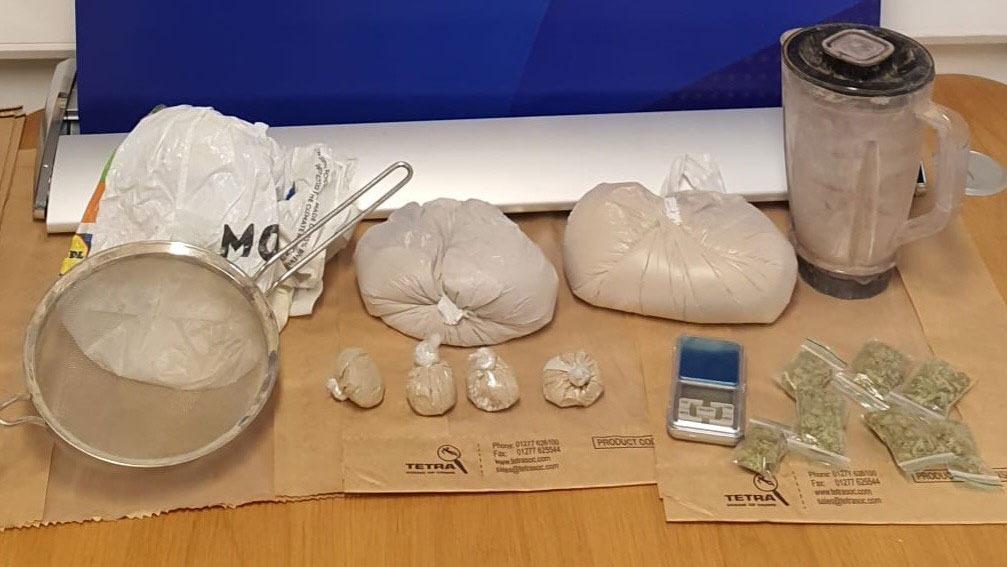 Gardai seized over €350,000 of suspected diamorphine and cocaine in the Clondalkin area on Friday (Photo An Garda Siochana)

Man charged following seizure of over €350k worth of drugs

ONE man has been charged following the seizure by Gardai of over €350,000 of suspected diamorphine and cocaine in the Clondalkin area at lunchtime on Friday.

Gardai searched a home in the Clondalkin area as part of Operation Tara under warrant and arrested and charged a man in his early 40s following the seizure of suspected diamorphine worth €329,420 and cocaine worth €23,240.

A garda statement released this morning said: “Gardaí have seized over €350,000 of suspected diamorphine and cocaine, and arrested and charged one man, following a search operation conducted as part of Operation Tara in Clondalkin, Dublin 22, on the afternoon of Friday, 7th October 2022.

“At approximately 1pm yesterday, Gardaí from Ronanstown Garda Station conducted a search under warrant at a residence in Clondalkin, Dublin 22. 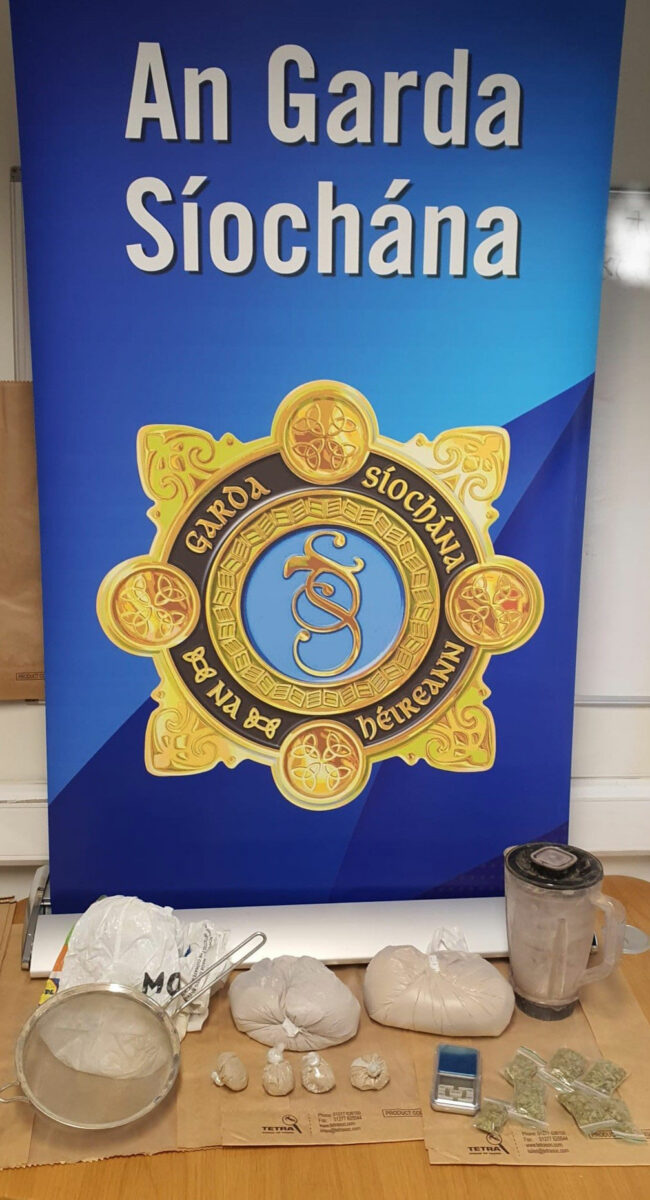 The drugs seized by Gardai (Photo An Garda Siochana)

A man, aged in his early 40s, was later arrested in connection with this seizure.

He was detained at Lucan Garda Station under Section 2 of the Criminal Justice (Drug Trafficking) Act, 1996 and has since been charged.

He is due to appear before the Criminal Courts of Justice on Saturday morning.