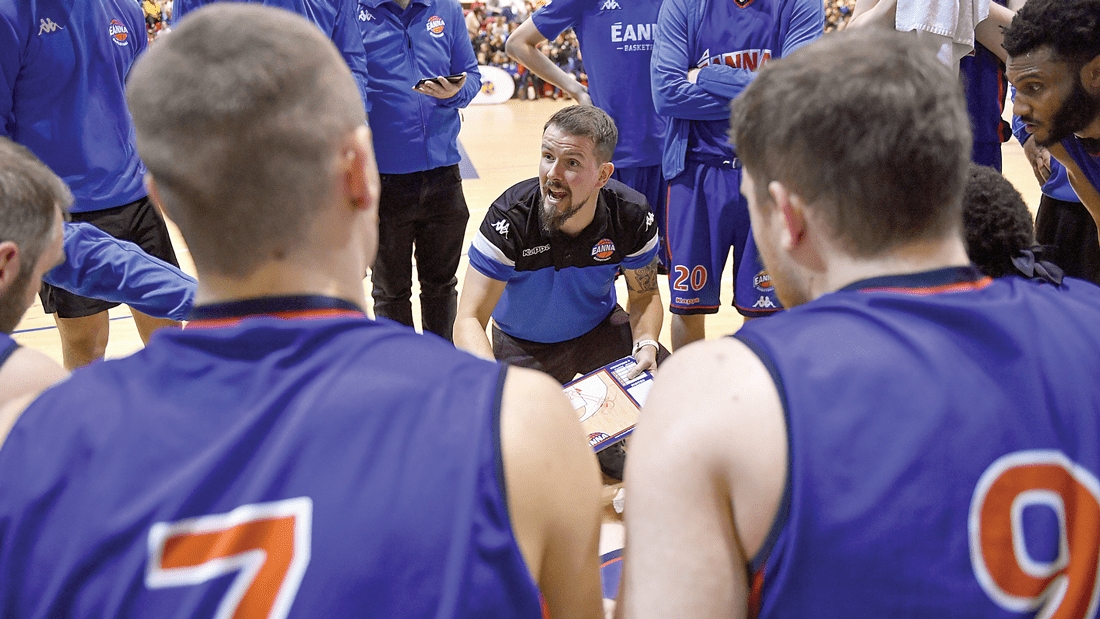 McGovern eager to see his new-look Éanna in action

IT IS looking like DBS Éanna will have to wait until January to unleash their new-look outfit on the Men’s Super League.

Darren McGovern has put together a seriously impressive outfit that he hopes will make a real push for the title whenever the season gets underway having seen its initial start date earlier this month pushed right back as a result of the introduction of Level 5 government restrictions.

Despite losing the services of one of last season’s Super League stars Josh Wilson, the Rathfarnham side has been bolstered with several new additions.

Lebanon Valley College’s All-Conference All-American point guard Sam Light has teamed up with the Dubliners and also brings with him some experience of playing Division Two basketball in Spain.

Former Black Hills State University small forward Stefan Desnica lines out with the side and McGovern is also excited about this prospect saying “he’s a fantastic shooter and really good on the break.”

While the former knows the Irish league very well, Nelson is a player McGovern described as “someone who can control the ball well and has lightning speed.”

Shooting guard Rory Carroll joins the team having played with Dunshaughlin Rockets and KUBS while 6’9” centre Oisín Kerlin has made the move from neighbours Griffith College Templeogue.

Even more encouraging for McGovern is the fact that he has managed to retain most of his original crew including Marko Tomic and Stefan Zecevic along with the likes of Neil Lynch, Mark Reynolds, Dan Heaney, Milo Herbst and Hillary Netts.

Éanna were certainly among the big players in the top ranks last season, finishing third in the Men’s Super League and reaching the National Cup Final where they were eventually undone by Templeogue.

Their exploits were made all the more remarkable given the fact that they were only back in the top ranks after having won the National League following a near perfect campaign that saw them win all but one of their 25 games.