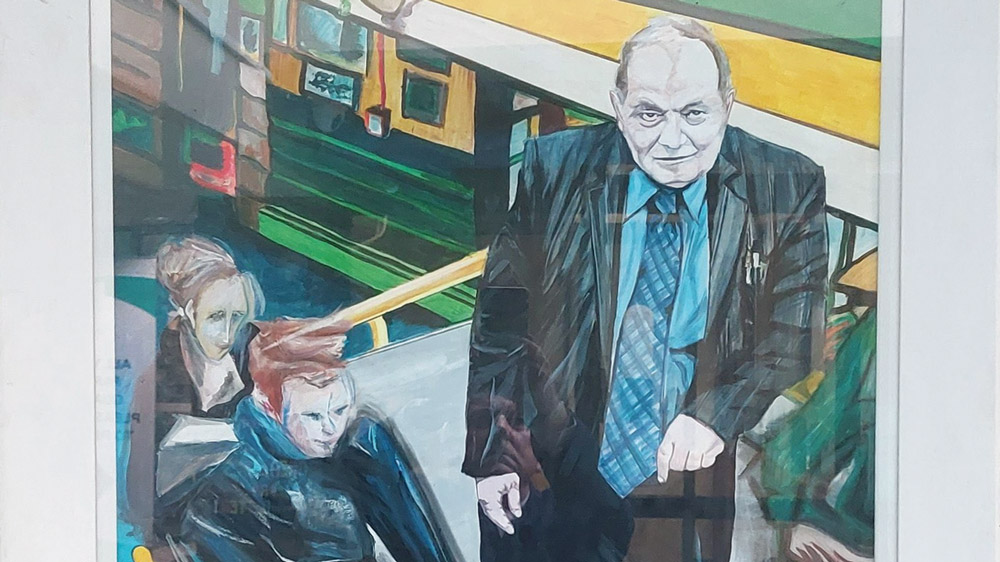 Michael was exceptional leader and folk hero in the community

ST AIDAN’S Community School is this week mourning the loss of their first principal, Michael Meade, who has been described as a “maverick” and a pioneering driver of equality of opportunity.

Michael died on Tuesday, November 8 and is survived by his wife, Phyllis, daughter Elizabeth and grandchild Lorcan.

Just inside the front door of the Brookfield school, there is a portrait picture of Mr Meade which was painted by art teacher Jo Brisselle to mark his retirement in 2007 – he made such an impact the painting is still there.

Michael was a Gaeilgeoir and held a Teastas i dTeagasc na Gaeilge, which enabled him to teach the Irish language at a high level and he did so, in Assumption Secondary School in Walkinstown.

He later became Principal in Firhouse Community College before being appointed to take charge of St Aidan’s Community School when it was established in 1984.

Current Principal of St Aidan’s, Kevin Shortall, had his very first teaching post in the school, under the tutelage of Michael, in 1996.

“Michael has a huge legacy not only in the school, but in the community,” Mr Shortall tells The Echo.

“It’s the mark of a bad leader where when they leave a position, the school or business falls down.

“It is the mark of a good leader when they put strong structures and foundations in place, teach the teachers in the school, so that it can continue long after he’s left.

“Michael was an exceptional leader and he became a folk hero in the community for it.

“People from the community would always be coming to Michael for advice.

“He had the perfect balance of high expectations and the care and consideration if those expectations could not be met yet. Michael knew that everybody’s starting point is different.

“Tallaght was a hugely different place when he came in, in the 1980s, there was high unemployment and school completion rate wasn’t the best.

“There was such humanity in Michael, he was so other-person orientated and believed in equality.

“There was no DEIS schools at the time but Michael had the vision and made the school into what it is, driving the same equality and opportunity long before DEIS schools existed.

“He was so far ahead of his time and was a total maverick that was so beloved in the community.”

Equality and empowerment were at the heart of everything Mr Meade did during his time in St Aidan’s.

At a time when girls were required to wear skirts as part of their uniforms in schools, Michael changed the requirements so that they could wear trousers.

The Leixlip resident was fundamental in the establishment of the ACE (Access College Education) programme in 2000, which is for students in Killinarden Community School, Mount Seskin in Jobstown and St Aidan’s Community School in Brookview.

Started to encourage young people to think about third-level education while in secondary school, and to see college as an attainable goal, ACE is still going strong today.

ACE was Michael’s tour de force – he was a perfect fit for St Aidan’s in Brookfield.

He focused his own Masters in Education around the correlation between self-esteem and learning/school completion, and this formed the modus operandi of his work.

“When he came to St Aidan’s, there was not much history of people going forward to college or even school competition,” Mr Shortall says.

“Michael believed there was a link between beliefs and whether they could achieve anything.

“He cared about people and wanted to help everyone believe that they can be anything that wanted to be.”