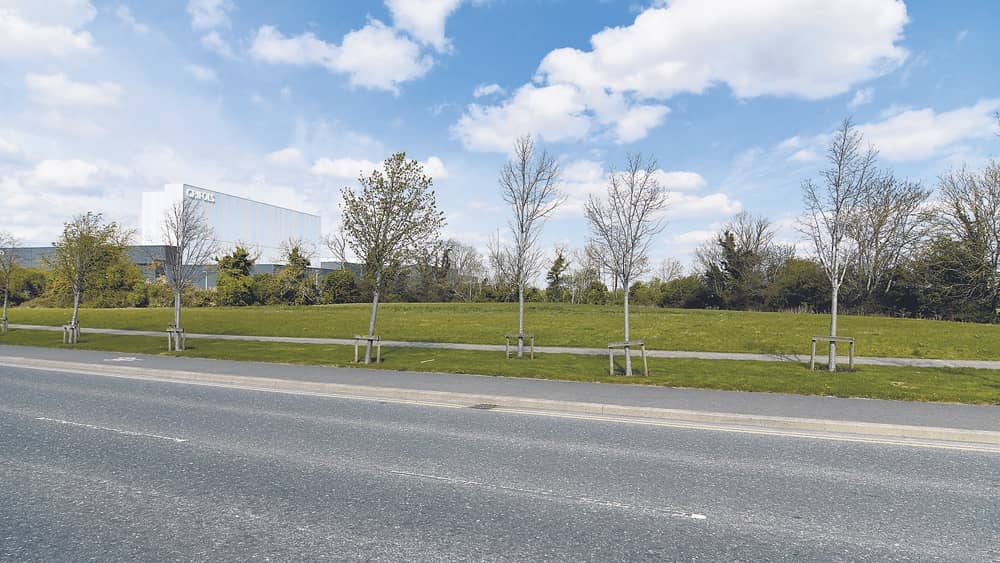 MICROSOFT has been granted planning permission for an administration building and two data centres in Grange Castle Business Park, Clondalkin.

The tech giant lodged a planning application with South Dublin County Council last November, seeking permission for the demolition of an existing single-storey vacant house, garage and outhouse, and the removal of a temporary construction car park to make way for the development.

The development is to consist of a single one- to four-storey central administration building and two two-storey, with mezzanine, data centres.

Each data centre will include data halls, admin blocks comprising offices, a canteen, a loading dock, storage and ancillary areas, and a variety of mechanical and electrical plant areas/structures, including Modular Electrical Rooms (MERs), battery rooms and transformer areas.

Provision of a gas generator compound containing 20 generators, five E-houses and five flues is included, as is provision of a Gas Networks Ireland gas skid including three kiosk buildings.

Permission has also been secured for additional western access to the Microsoft campus, to serve the central administration building, from the Business Park estate road, including the bridge over the Griffeen River, with existing temporary access to be extinguished.

The local authority granted permission for the development on March 29.