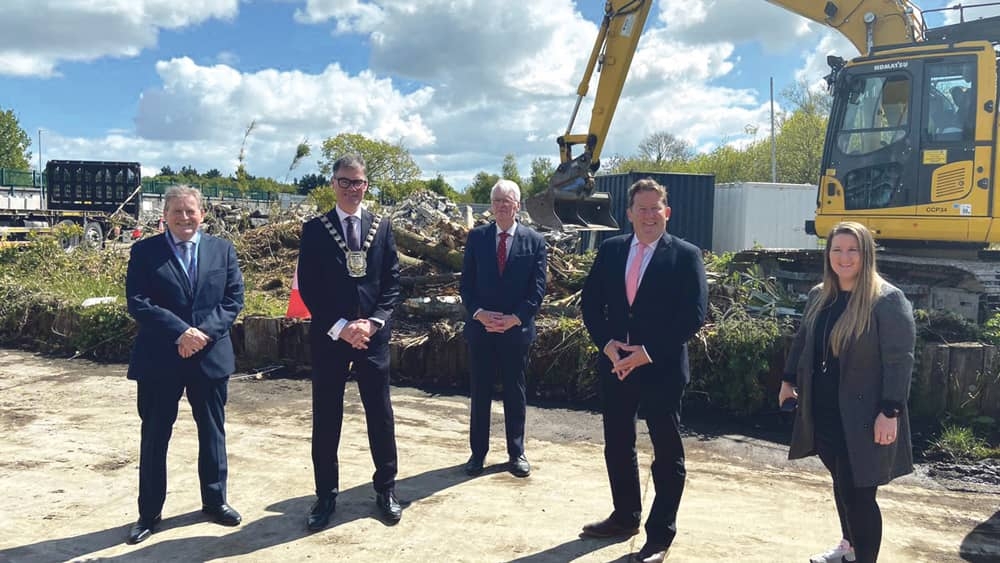 THE MINISTER for housing turned the sod at the start of the construction of the Clúid Housing Old Persons Specific Project at Whitestown Way.

Minister for Housing, Local Government and Heritage Darragh O'Brien TD officially marked the commencement of the work on the 81 units at the ceremony on the morning of Wednesday, May 19.

The Clúid Housing Older Persons Specific Project will comprise of 81 social housing units at the site located adjacent to Whitestown Way between the Tallaght Stadium and Sean Walsh Park.

Cunningham Contracts Group (CCG) have been appointed as the main contractor on this project, which is being developed by Clúid Housing Association in partnership with South Dublin County Council.

The construction for the project is scheduled to take place for 90 weeks and is expected to be completed in the Spring of 2023.