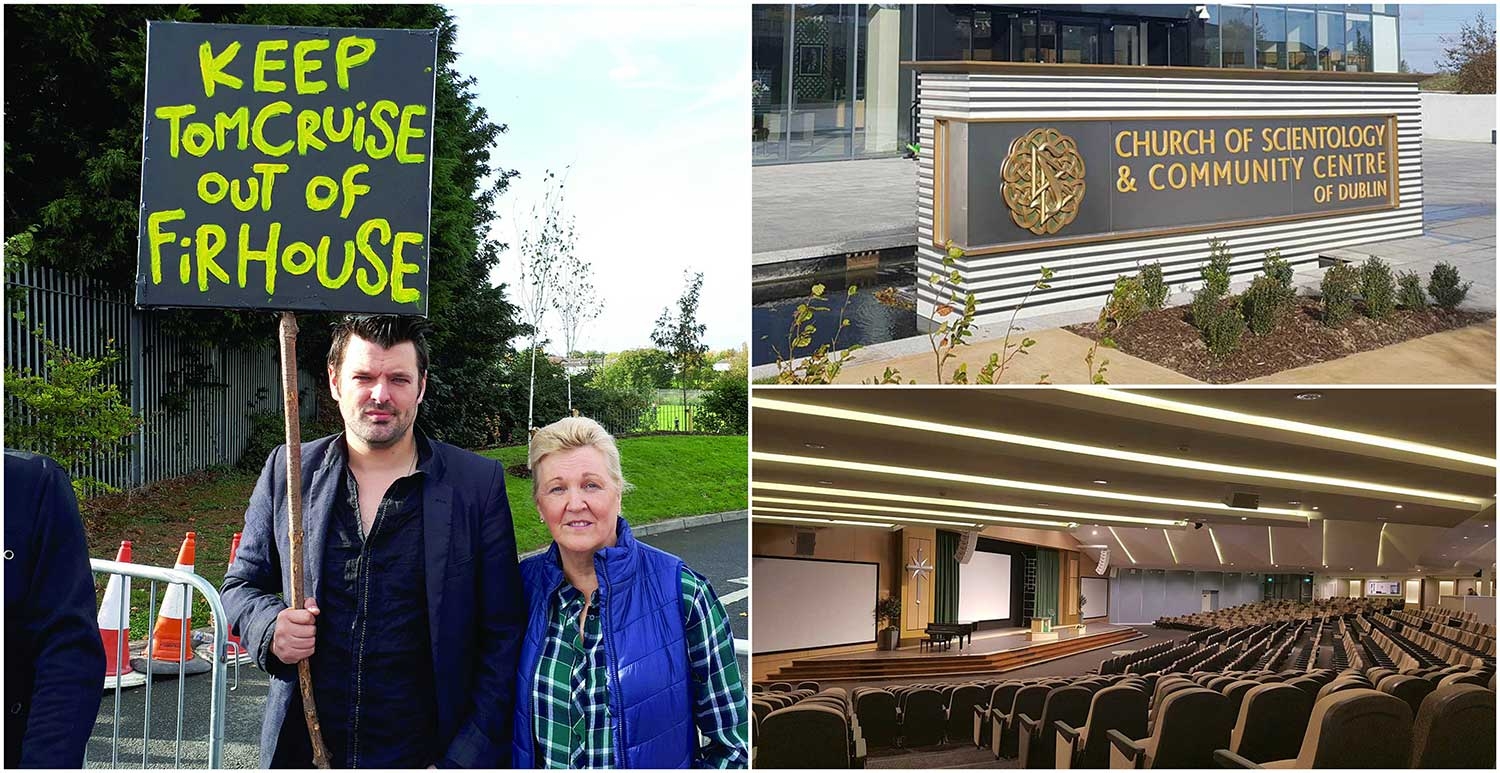 THE new Church of Scientology and Community Centre opened its doors to members of the public recently, with 200 volunteer staff manning the hub which has a visitor’s information centre with 500 videos in 20 languages.

The Church of Scientology’s arrival in Firhouse has been met with mixed reactions, with many asking why the facility was not sold by NAMA in the community’s interests, while others have expressed concerns over various aspects of the church’s practices.

On October 12, more than 1,200 Scientologists and their guests, including leader David Miscavige, celebrated the official opening of the €6m Firhouse Road centre in a members-only event.

At the same time, 70 protestors gathered outside the venue and, brandishing placards, alleged that Scientology practices can cause psychological damage and cost members significant sums of money.

The Echo visited the refurbished centre and its grounds, which includes an outdoor seating area, on Tuesday of last week and met with a number of church members and volunteer staff, who will man the centre from 9am to 10pm daily.

The main lobby is the location of an interactive information centre, which has 500 films in 20 languages, including Irish, on “every aspect” of Scientology, including its “beliefs and practices”, a biographical presentation on founder L Ron Hubbard and information on the various “community out-reach programmes” the church supports.

Staff told The Echo that non-church members who wish to use the facilities for community purposes will not face any pressure to become a member, and that local people can use the centre and its 1,100-seat auditorium, conference rooms, sports pitch or cafe, independently of the church.

Due to the large volume of information, including Scientology beliefs and codes, within the venue, and the 200 church members working there, it’s hard to imagine how the community centre could be run separately to the church.

However, The Echo was told that there would be “absolutely” no com-pulsion to join and that people or groups can engage with the centre’s facilities for a nominal fee or take courses, at a cost, without having to be a member.

Erin Banks, Press Officer for Church of Scientology said: “We’re a new religion, a modern religion, and our churches look different . . . but there are no strings attached.

“People are curious and we understand that.

“We are trying to make information available, make sure people know what we’re about.”

When asked about the number of Scientologists in Ireland, Ms Banks was unable to provide a number but she did say that there are more than the 87 previously reported.

An unconfirmed number of the 200 uniformed staff are Irish but many have travelled from abroad to work at the centre, which The Echo was told will be funded by members of Scientology here in Ireland.

Issues around Scientology’s perceived stance against psychiatry were also discussed, in light of the many mental health and special needs groups within the area.

In a brief response to this question, The Echo was told by members that there are “mixed messages” in relation to this issue and that the church is “against the over-drugging of children”.

Another issue raised by local residents in recent weeks is the promotion of the Church of Scientology and its programmes within communities – and if members would be ‘knocking on doors’.

When asked about this, The Echo was told that members do promote initiatives such as their youth-targeted Drug Free World programme – but members said that knocking on doors is “not what we do”.

However, on Tuesday leaflets were dropped into a number of homes across the area, a situation which the Church of Scientology said was “an error”, with a spokesperson adding that members “unreservedly apologise for any upset that may have occurred.”

Interested to know why the Church of Scientology is here now in Dublin, Ms Banks told The Echo that L Ron Hubbard lived in Dublin’s Merrion Square for a short time in 1956.

She said: “We have churches all over the world, but there is no place like Ireland.

“It is so special to be here and to have found such a unique facility.”

The centre has a dedicated team that has been tasked with liaising with community groups and local services.