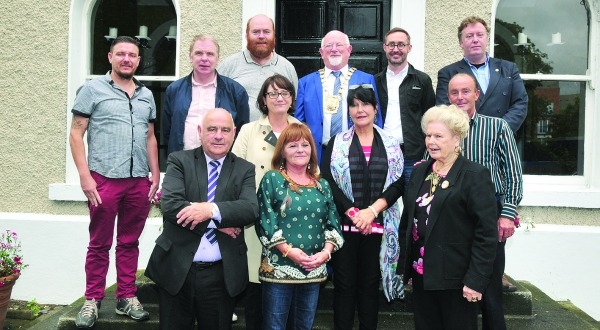 IN THE wake of the Mother and Baby Home Commission being granted an extension to complete its three reports, survivors from South Dublin County held a meeting with Professor Patricia Lundy (Ulster University) at Áras Chrónáin in Clondalkin this week.

Survivors have called the extension a “slap in the face”, with many of their peers being elderly and passing away.

Many feel that Minister for Children Katherine Zappone has allowed the commission to kick the case down the road.

Lundy, author of the book ‘What Survivors Want From Redress’ and Margaret McGuckin, founder of Survivors and Victims of Institutional Abuse (Savia) in Belfast, were invited to the meeting by Clondalkin resident David Kinsella, a survivor of St Patrick’s Mother and Baby Home.

Mr Kinsella said: “The meeting had constructive insights in getting survivor groups to move forward as a positive structured pressure group.

“We welcome their support as we gather more political interest in our immediate call for fast-track interim redress and apology, without further delay as outlined to Minister Katherine Zappone at our September meeting with her.

“While we are aware of the Commission’s other interim broader report in September 2016, we hope some of our concerns are outlayed or recommended in this.”

Parkwest resident Terri Harrison, Natural Mothers Support Group, said: “It was good to have an opportunity to explore all avenues of support. No more are we the silenced terrified female inmates of slave camps. We have our liberty now, to seek justice. We will not ever be silenced again.”