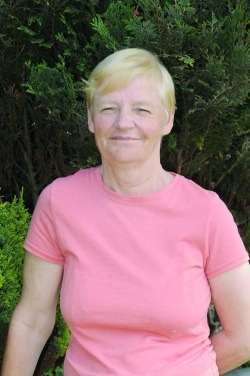 A MOTHER-of-four has been left frustrated and annoyed after she was forced to leave her job because of cuts to the lone parent allowance.

Catherine Healy, who lives in Neilstown, was working 10 hours a week until her youngest son recently turned 16 and she was notified that her benefit would be cut.
She told The Echo: “I am a one-parent family and when my son turned 16 [the Department] told me I can no longer work because on Jobseekers Allowance you cannot work 10 hours over five days in a week.

“I am down €300 a month and it is very hard. I have been told in three or four weeks time I will have to meet up with a case-worker, who will try to get me into work – but I had a job and I’ve lost it because of this.”
Although her employer tried to facilitate keeping Catherine on the role required someone who could work two hours a day for five days each week.
She said: “You do get annoyed, with the money I’m down and now I’m out of work, it gets under your skin.”
Catherine said she was “very surprised” to get a letter just before her son turned 16 telling her that the lone parent benefit would be cut but that when she sought advice on the issue the state “didn’t know what to do” about her situation.
People Before Profit councillor Gino Kenny told The Echo that many lone parents are being driven out of work because of cuts.
He said: “I think cases like Catherine’s are not isolated cases. Lone parents who are trying to make their family’s lives economically dependent are been punished for working. This is the most ill thought out and discriminative social welfare cut in the lifetime of this government.”
A spokeswoman for the Department of Social Protection confirmed that there are certain criteria to be met before people can claim Jobseeker’s Allowance.
She said: “In order to qualify for Jobseeker’s Allowance a person must satisfy certain conditions which includes being available for and looking for full-time work, being fully unemployed for at least four days in any period of 7 consecutive days, and satisfy the means test.
“However, a person may take up part-time or casual work, for up to and including 3 days per week, and still be paid Jobseeker’s Allowance for the other days. The jobseeker must still show that they are genuinely seeking full-time employment.”