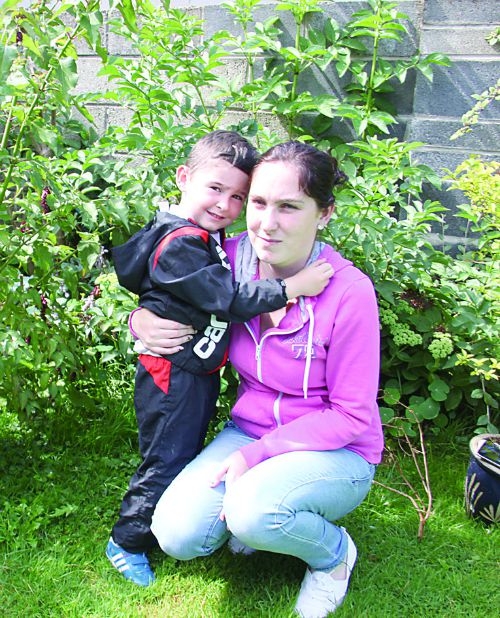 Mother gets €20 allowance per week for 5hr school run

A TALLAGHT four-year-old, who has been placed in homeless accommodation with his family in Santry, is facing a five-hour, daily round trip to school when he starts junior infants this September.

As the homeless crisis deepens and reports of families sleeping in cars and on streets become commonplace, Tallaght mother Karen Sutton spoke to The Echo about the impact homelessness also has on a child’s education – an issue she believes should be taking into consideration when families are being placed in accommodation.

Karen, her son Ciaran (4) and her nine-month-old daughter were five weeks ago placed in emergency accommodation in a hotel in Santry, which is approximately 25km away from their hometown of Tallaght.

“Since I’ve been living in the hotel I’ve been in touch with the council everyday,” Karen said.

“I am not looking for a house or to be bumped up the housing list, all I’m asking is that I am placed in a hotel closer to Tallaght and my son’s school.”

Ciaran, who is starting in Sacred Heart Junior National School in Killinarden, will face a five-hour round trip to school every day, starting at 6.30am and involving two buses and a Luas.

The Social Welfare has given Karen a €20 travel allowance, per week, to cover the cost of Ciaran’s school-run, an allowance which Karen believes will not stretch far considering the family will be on four bus and two Luas trips per day.

Karen said: “All I am asking for is to be transferred somewhere closer to Tallaght so I can spare my children five hours on public transport every day”.

“As it is, Ciaran is not sleeping very well and barely eating because we are so isolated from our family and friends. It’s disgraceful that I will have to drag my kids out of bed at 6am to make the journey to Tallaght.

“My son’s education is at risk and there is a high possibility that he will be late to school, miss days or lack concentration in the classroom due to exhaustion. I know I am one of hundreds of families struggling but I have to fight for my son’s education, this is his start in life.”

He told The Echo: “Santry is miles away from Tallaght and I am hoping that on that basis we can win the argument to move Karen somewhere closer.

“This is just one family’s story and a huge amount of money and effort is needed to start addressing the problem of housing and homelessness. Money needs to be taken from other areas and pumped into housing.
“Using hotels has not improved the situation and is costly both financially and socially.”

He added: “I would receive around 50 or 60 calls a day on my mobile and 90 per cent are in relation to homelessness or families at risk of becoming homeless – and that’s not including emails.”

The CPS [Central Placement Service] is a centralised service based in Dublin City Council which, linked in with all Dublin local authorities, is responsible for placing families in listed hotels across the city, and for alerting all Dublin-based local authorities when availabilities become available.