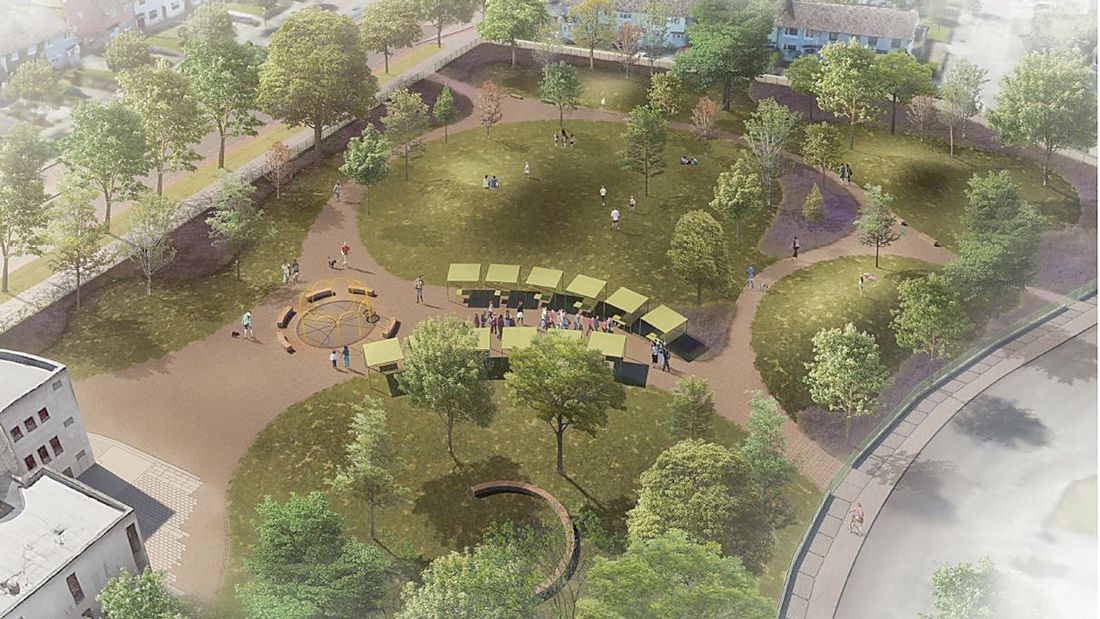 PLANS for a multipurpose Ballyfermot People’s Park were presented to members at the Dublin South Central area meeting on Wednesday.

The proposal by Dublin City Council is for the park to be located on green space beside the Community Civic Centre, which will provide infrastructure for small community gatherings, an open pergola structure and a space for markets.

They have developed a design that “responds to ideas put forward by local residents to create The People’s Park, Ballyfermot.”

The proposal includes a winding perimeter path and gentle earth mounding that will be planted with a diverse mix of new trees and herbaceous plants to bring seasonal colour and energy.

At the edge of the park will be a movement trail that will include playable elements for play and exercise.

As part of the improvement works, a programme will be developed with local residents to create an edible garden over the next few years.

The city council plan on working with the civic centre to provide a place for residents to engage with nature, planting, movement, play, music and storytelling.

City plannners determine the works fall within the Exempted Development Provisions so a Part 8 is not required.

The plans are to go on public display at the park and on the digital platform citizen space for six weeks from June 2020, and it will be updated if necessary based on feedback.

It is intended that the works will be implemented in phases subject to funding with phase 1 involving the construction of the pavements and earthworks/ground contouring.