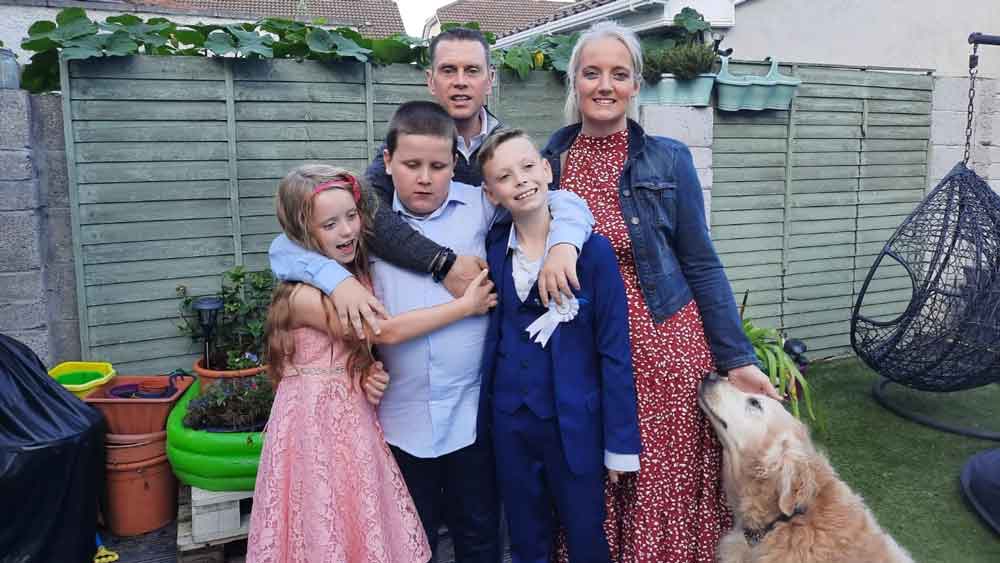 A LUCAN mum is swimming in the sea everyday for the month of April for autism awareness and to raise money for occupational therapy equipment for her son’s schools.

Collette D’Arcy is braving the freezing cold and the choppy seas as she has dedicated to swim in Sandycove and the 40 foot once a day for the entire month of April.

Motivated by her own two sons who have autism, 12-year-old Zach and 9- year-old Oran, Collette is raising money for their schools – Stewart’s Special School and Lucan East Educate together.

Stewarts School caters for students with moderate, severe and profound general learning difficulties, with many students having additional needs including, physical, sensory and autism.

Lucan East Educate Together is a mainstream school and Collette says Oran has progressed hugely with the assistance the fantastic teachers and SNAs in his school.

“When you have your child and they are diagnosed with autism, it is almost like they are handed to you and they say, ‘ok off you go now’ and it is almost like a bleak outlook, but my sons have come on so much in their schools with the help of their teachers and the right equipment”, Collette told The Echo.

“This is a chance for me to give back – “occupational therapy equipment is so expensive, the government covers some of the cost but anything with the word occupational in front of it almost doubles in cost.” 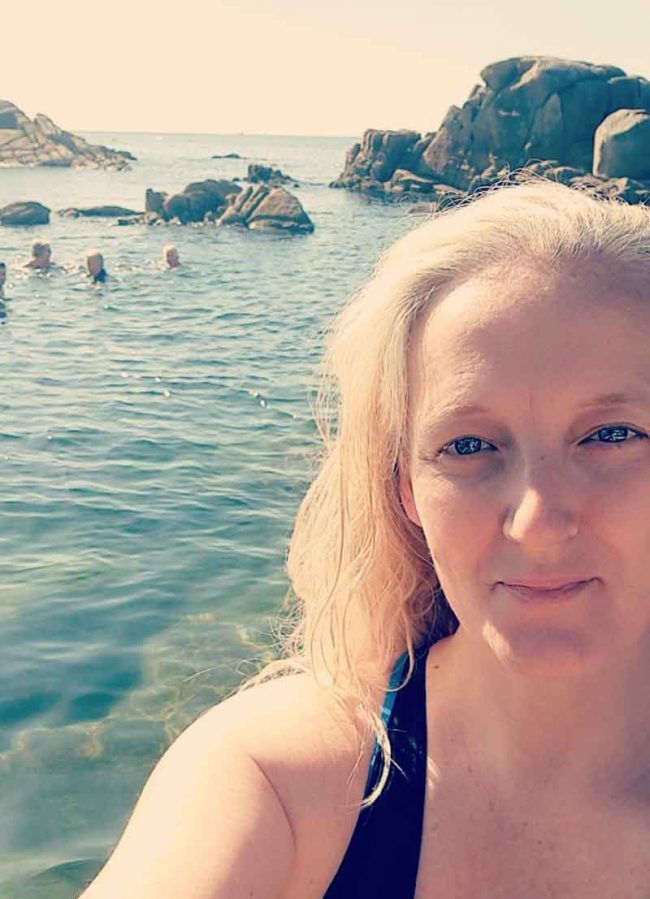 Collette at the Forty Foot

A week into her challenge, Collette says that despite her being an avid sea swimmer, it has been challenging.

“I have been going to Sandycove and the 40- foot because I feel safe swimming there”, she explained.

“The sea itself isn’t too cold, but it’s been hard to warm up afterwards. My two friends Paula and Jon have joined me as well, so we are keeping each other motivated.”

In addition to raising money for the two schools, Collette says that she wants to highlight that autism is a spectrum, and like her sons, who she describes as “night and day”, people with autism can have a range of different additional needs.

“I think that people know about autism now, the word is out there, but we are now looking for acceptance”, said Collette.

“Acceptance is what we need, for people to not stare and judge people and to just be kind.”

In just five days, Collette has raised almost €1,500 of her €2,000 goal, which will be divided equally between the two schools.

“The generosity of people has just been overwhelming, it has been amazing”, she added.

If you would like to find out more about Collette’s fundraiser or to donate, you can go find her GoFundMe page – April Swims for Lucan East ET & Stewart’s School.