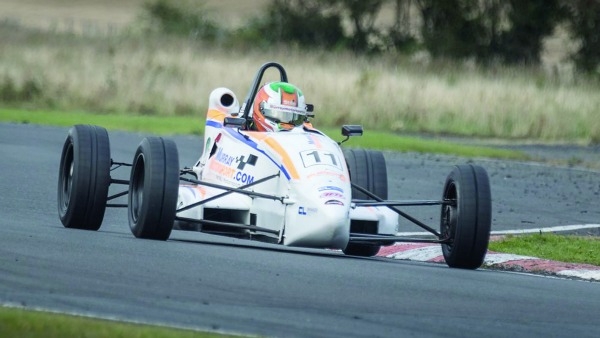 NEWLY crowned SEAT Supercup Ireland Champion Niall Murray returns to Brands Hatch this weekend, where in 2013 he cemented his place in the Formula Ford Festival history books by winning the event in his debut Formula Ford season.

Looking to repeat that achievement, Murray said “I'm beaming with confidence that I have the chance to be the first double winner of the festival."

Murray’s FF Festival-winning efforts were further rewarded after he was selected as the 2014 Dunlop Motorsport Ireland Young Racing Driver of the Year following the event.

After that, he enjoyed a successful second season of Formula Ford racing, securing both the All-Ireland and Northern Ireland Formula Ford 1600 Championship titles.

And despite missing the opening weekend of the series, he secured the title in the final race at Kirkistown fighting his way from the back of the reversed grid.

With his Festival winning Van Diemen Formula Ford fresh from a full rebuild, Murray is aiming to become the first ever double winner of the FF Festival this weekend.