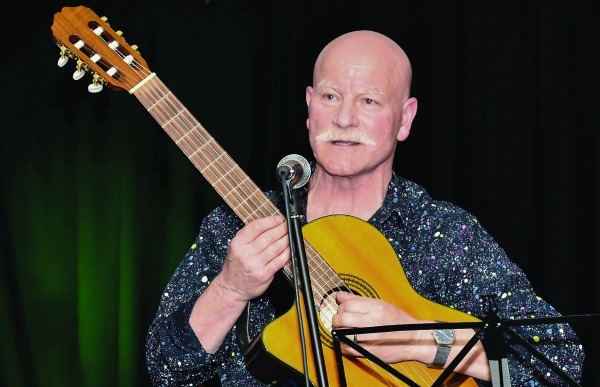 KYLEMORE College’s rise to musical prominence was celebrated during a retirement gig by the school’s jazz ensemble on Sunday for music teacher Tony Lee.

Lee retired on Wednesday – after spending 35 years helping the college to develop a formidable Kylemore College Music Centre, which now has over 40 musical tutors and staff.

The Kylemore Jazz Ensemble, which Lee was involved with, performed a two-hour gig on Sunday at Kylemore College.

“The gig was a year in the making,” said Tony of the 14-piece ensemble, which includes students and a couple of teachers.

He continued: “The first big breakthrough came in 2004, when I started coaching students in jazz. Everything was classical, but it was to give students something different and fun.

“Our first gig in the National Concert Hall was in 2005, and we have performed there every second year since. The ensemble performed a public gig in Arthur’s Pub on Thomas Street. They do jazz and have a good sound system.”

Tony joined Kylemore College in 1981 from the College of Music, after an approach from the then principal Tom Holt.

“He had great vision,” said Tony.

“He realised that rather than turn people away for music, that they had this place in West Dublin that could cater for students. The demand increased and it kind of mushroomed from there.

“I’m going to miss it. Myself and piano teacher Ann Costello retire this week. I appreciate all the help by Principal of Music Ger Flanagan, staff and students.”

He continued: “There is a great duality about the school, with music on from 3pm until 9.30pm Monday to Thursday, and on Saturdays. That creates a great buzz around the place.”