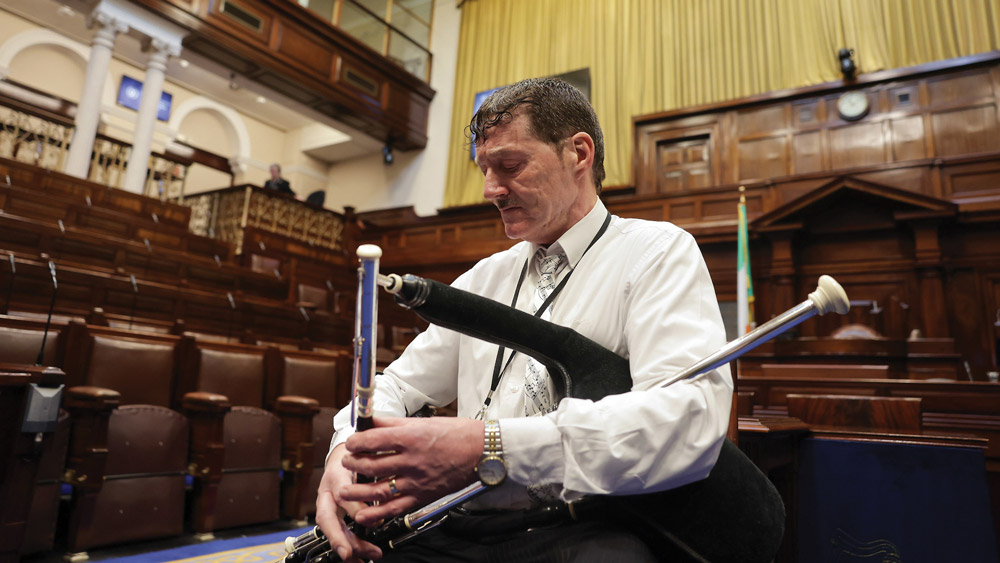 Musical history for members of the Seanad in Dáil chamber

A CHAMPION uilleann piper from Tallaght made history when he performed in the Dáil chamber on Monday afternoon as part of a commemoration to mark 100 years of Seanad Éireann.

St Maelruain’s Park resident Eamonn Walsh, 68, performed at the event, and was commended by the Cathaoirleach of the Seanad, Mark Daly.

“We are still on the record so that is definitely the first time a piece of music has been part of proceedings in a parliament anywhere in the world,” said Senator Daly, before thanking Eamonn.

Eamonn was invited to perform at the event by retired senator and the current director of Comhaltas Ceoltóirí Éireann, Labhrás Ó Murchú.

Eamonn is no stranger to playing for large crowds, having won numerous national and international piping competitions, and he also performed at the burial of RTÉ presenter Gay Byrne.

However, Eamonn explained that his performance on Monday had a particular resonance, as it’s the first time music has been played in the Dáil chamber and he felt honoured to be a part of history.

“Apparently it was the first time music had been played in the chamber,” he told The Echo. “It was a huge honour to get to be a part of the history of the Seanad and the Dáil.

“The Dáil chamber can be quite controversial when there are debates going on, but this was the first time the harmony of music was brought into it.” 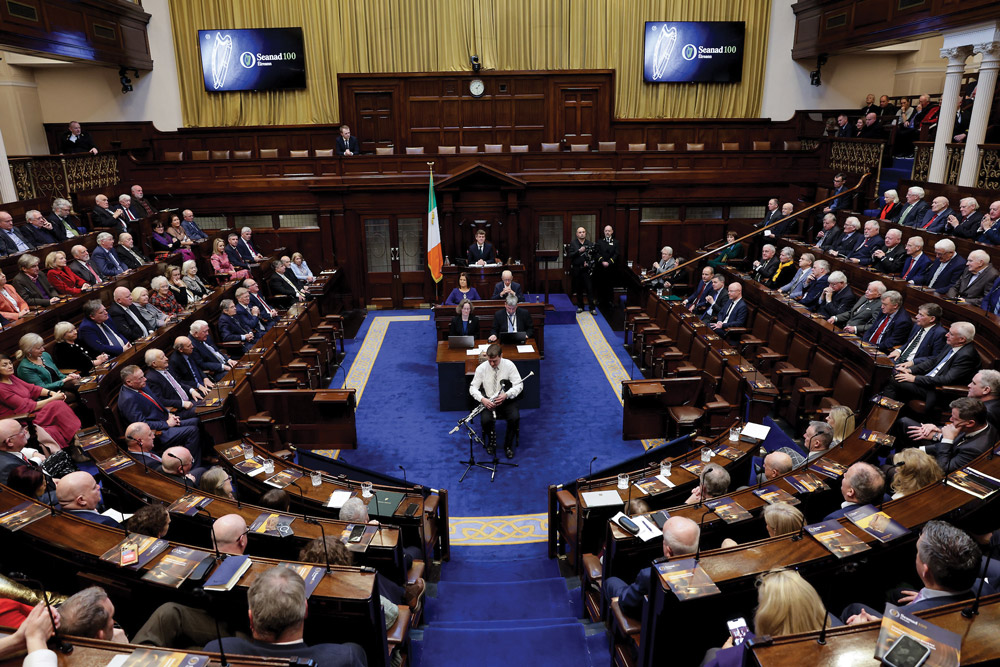 Eamonn playing in the Dáil

The Dáil chamber was chosen as the setting for the commemorative event as that is where the first Seanad sat in 1922.

Eamonn said he provided a small list of pieces that could be performed, with the event committee for Seanad 100 ultimately selecting an Irish air called ‘The Coolin’.

“I gave them a choice of different pieces, like ‘Raglan Road’ and ‘Róisín Dubh’, but they picked ‘The Coolin’,” he said. “It was probably the most neutral out of the songs on the list.”

Eamonn said that, while he is an experienced piper, performers are generally at the whim of the pipes because the reeds can be affected by temperature changes in rooms.

If affected, this can cause squeaks and squawks when the pipes are being played, but Eamonn said he was relieved when the performance went off without a hitch.

“I was sweating until I got that last note played!” he said. “But I got a rapturous round of applause afterwards.”

The event included a reflection by historian and broadcaster Dr John Bowman and was followed by a formal sitting of Seanad Éireann.

This commenced with an address by the Cathaoirleach of the Seanad, Senator Mark Daly, followed by an address Taoiseach Micheál Martin, and the Seanad group leaders.