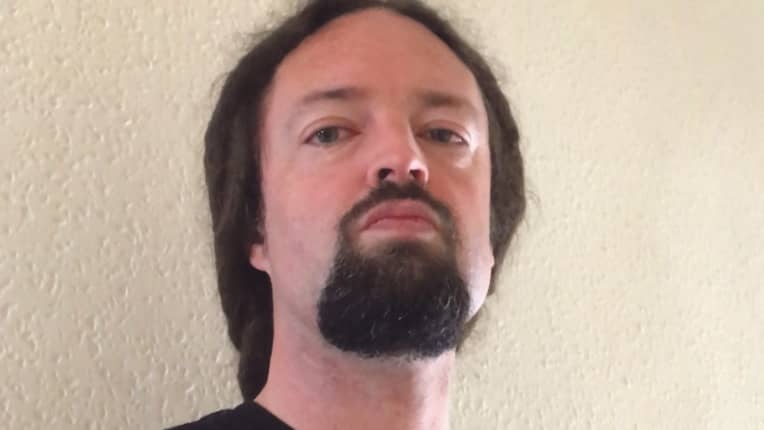 A heavy metal musician from Inchicore, who is the drummer in the leading black metal band Primordial, will appear in an RTÉ documentary looking at music subcultures in Ireland next week.

Simon Ó Laoghaire has been the drummer in Primordial since 1997, and the band has sold out venues around the world and headlined metal festivals throughout Europe.

While metal music isn’t as widely listened to in Ireland as it is in Scandinavia or continental Europe, where there are thriving scenes in Germany, Finland and Sweden in particular, Simon said that Ireland is still holding its own when it comes to metal music.

“The heavy metal scene in Ireland is healthy at the moment,” he told The Echo.

“Cork, Galway, Belfast and Limerick all have great bands, and there are plenty of good bands in Dublin too.

“For venues in Dublin we have the Voodoo Lounge, Fibber Magee’s and The Grand Social, and then there’s the Button Factory and the Academy for bigger bands.

“We have two great record labels as well, Sentinel Records and Invictus Productions, both of whom have released quality Irish bands over the years.

“In Ireland though, for some reason heavy metal is frowned upon.

“On mainland Europe it’s not unusual to hear heavy metal on the radio, or in Scandinavia bands get cultural grants, as what they are doing is recognised as being culturally relevant, and having some worth.”

Simon delves into this in an interview on an upcoming episode of RTÉ’s bilingual documentary series ‘My Tribe – Mo Threibh’, which has already covered a variety of subcultures in Ireland, including indie, hip-hop, rockabilly and punk.

The production company behind the series, Mind the Gap, contacted Simon to see if he would be interested in being interviewed for the metal episode of the series.

“[It] was quite an unusual request as normally the media in Ireland ignores heavy metal bands,” he said, “and drummers don’t normally get asked to do interviews.

“I hadn’t played a gig since December 2019, and all gigs and tours in 2020 were cancelled due to Covid restrictions.

“So I decided to come out from behind the drums and do an interview. I had seen the first series of ‘Mo Threibh’, thought it was well made, and agreed to take part.”

Simon’s interview took place in a closed pub, as he didn’t want a film crew in his house during the pandemic, and while the experience of being interviewed was a slightly daunting one, he still enjoyed it.

“I was quite nervous being interviewed because it’s not something that I’m used to doing,” he said.

“I’m used to being the person at the back of the stage, happily hidden behind my drum-kit.

“Susan Jeffers’ book ‘Feel the Fear and Do It Anyway’ sprang to mind, and I think it’s important to step outside your comfort zone every once in a while.

“Life can get stale if we don’t take on new challenges every so often, especially during a lockdown.”

When asked about people’s perception of heavy metal music, Simon said: “I suppose heavy metal has picked up a bit of a bad reputation over the years, but that’s all part of the fun of it.

“It’s a great hobby to have: collecting records and t-shirts, going to gigs and festivals, learning to play an instrument. It’s a lot healthier than sitting around playing computer games, that’s for sure.”