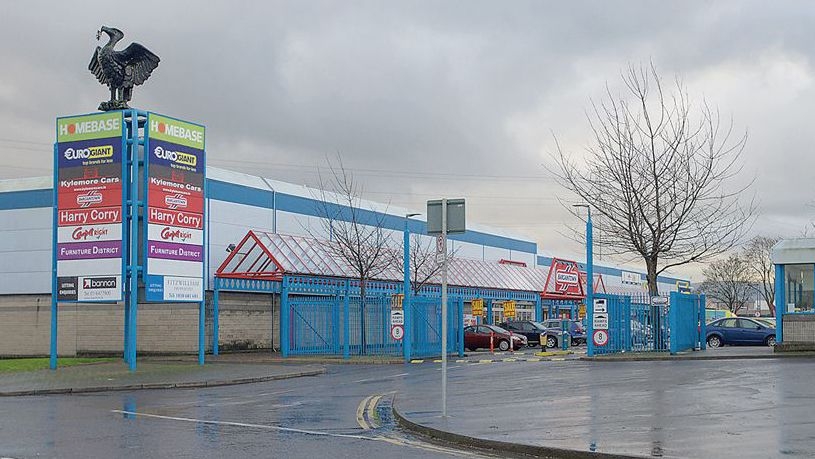 PLANS for a mixed-use development at the Royal Liver Retail Park on the Naas Road, will have the potential to “generate and sustain considerable employment”, according to property consultant firm CBRE Ireland.

Property group Allied Real Estate Group (AREG) bought out the park last year for €25m, and have plans in with Dublin City Council for over 1,100 apartments, commercial units, and a 17-storey office block with enough room for 1,500 workers.

The Royal Liver Retail Park on the Naas Road

CBRE Ireland inspected the 3.8 hectare site at the behest of AREG, and made a submission to city planners. In the document, they say the scheme has “potential to accommodate a landmark campus-style development built to the highest architectural standards.”

The group considers the proposal will represent a “much more sustainable and efficient use of the subject lands than the existing use – which in any event doesn’t generate significant numbers in terms of employment.”

The inclusion of a “large iconic office building within the scheme has the potential to generate and sustain considerable employment in the area.”

According to CBRE, the retail element will be anchored by a 2,400 sq m supermarket and supported by a café/restaurant/bar.

Other commercial units will include a medical centre, pharmacy and crèche.

Car parking is to be provided at a ratio of 0.3 spaces per apartment.

CBRE state there is potential to attract office occupiers to the development, considering the site’s “transport linkages if a modern well-designed office building were provided and pitched at a comparatively attractive rent to that prevailing in the city centre.”

The entire development will comprise nine buildings ranging in height from 7 to 18 storeys over basement level.

The retail park – Ireland’s first – opened in 1990 and was previously owned by Meath developer Willie Smyth, who bought it for €60m in 2005.

Smyth’s loans transferred to Nama and were subsequently bought by Deutsche Bank.

Located beside the Luas Red Line in Kylemore, the retail park has 500 customer car-parking spaces.