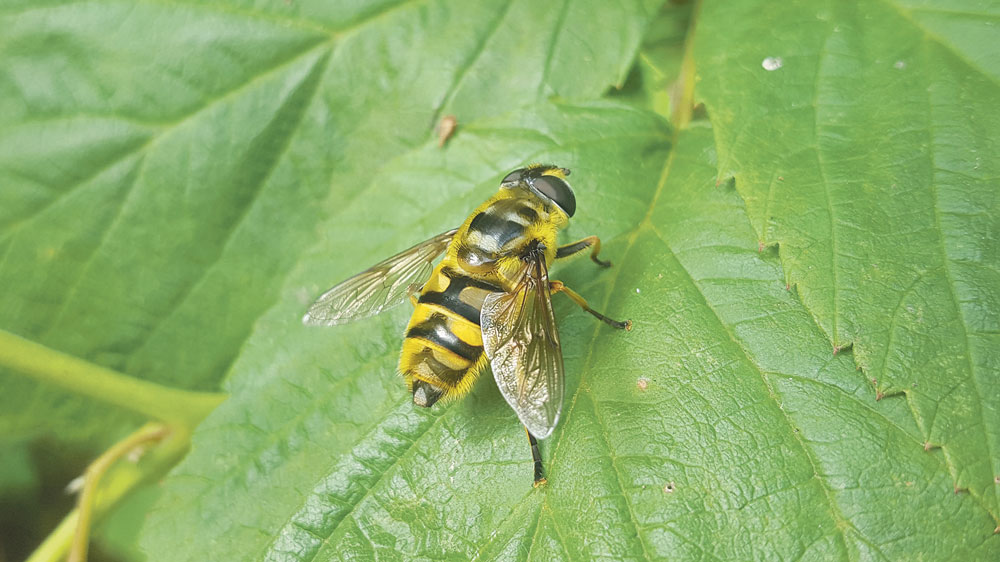 Nature on our door steps: Hoverflies

Hoverflies are flies that avoid predators by pretending to be wasps or bees, by Rosaleen Dwyer.

Many hoverflies have bands of yellow, black, or brown which make them look like wasps or honeybees.

Others have brown or black hairy bodies with different coloured ‘tails’, similar to bumblebees.

Unlike wasps and bees however, hoverflies do not have stings.

Wasps and bees have four wings, while flies, including hoverflies, have only 2 obvious wings. They also have two very small paddle-like structures on the sides of their bodies called ‘halteres’. These structures are in fact modified hindwings which evolved in flies millions of years ago. 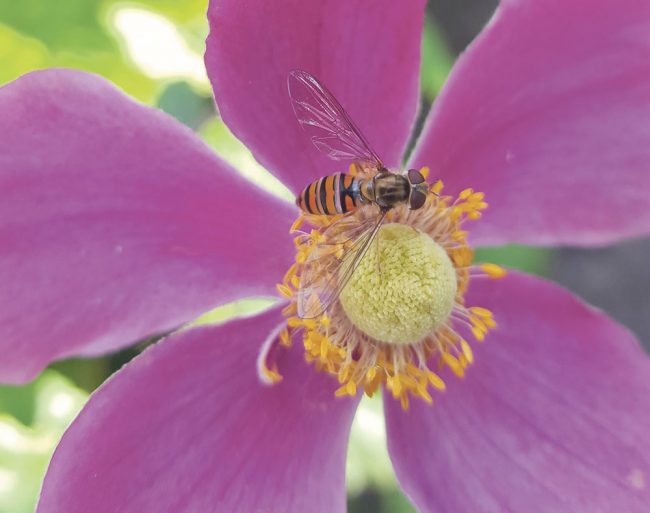 The bright orange stripes on this hoverfly give it is name, the Marmalade Hoverfly.

Halteres are essential for balance and manoeuvrability, allowing a hoverfly to twist and turn its wings 45 degrees over 300 times every second.

As a result, hoverflies can stop, rapidly change direction, hover, fly sideways and backwards, and all at top speed. Researchers also believe that these halteres work in conjunction with nerves in the hoverfly’s eyes, keeping their heads and their vision steady while they hover and zip about at high speed.

Because hoverflies visit flowers for pollen and nectar, they are highly important pollinators.

In addition, the larvae of many hoverfly species devour greenfly and other soft-bodied insect pests. This makes hoverflies very beneficial insects to encourage into the garden.