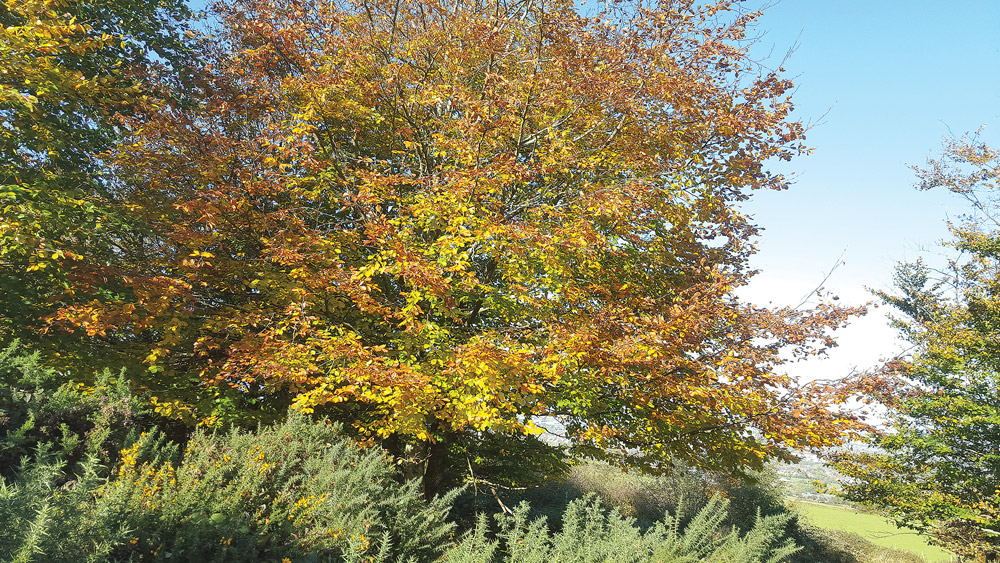 Nature on our doorsteps: Beech trees in autumn

Beech is not considered to be a native Irish species as it did not make its own way into Ireland after the last Ice Age.

As Europe’s climate warmed up after the glaciers began to melt, trees began to slowly move north once again into areas that had been covered by ice.

Around 7,000 years ago, the last land bridges that linked Ireland to Britain were flooded by rising sea levels.

Beech had only made its way back into southern England by that time and, as we were now an island, Beech never managed to reach us naturally.

Beech was widely introduced into Ireland by English settlers from the 16th century onwards and has become naturalised since then.

The fruit of the Beech tree is the distinctive little beech nut.

These nuts are small and triangular in shape and are contained within a tough, protective, spikey husk.

When ripe, the husks open and the nuts fall out. 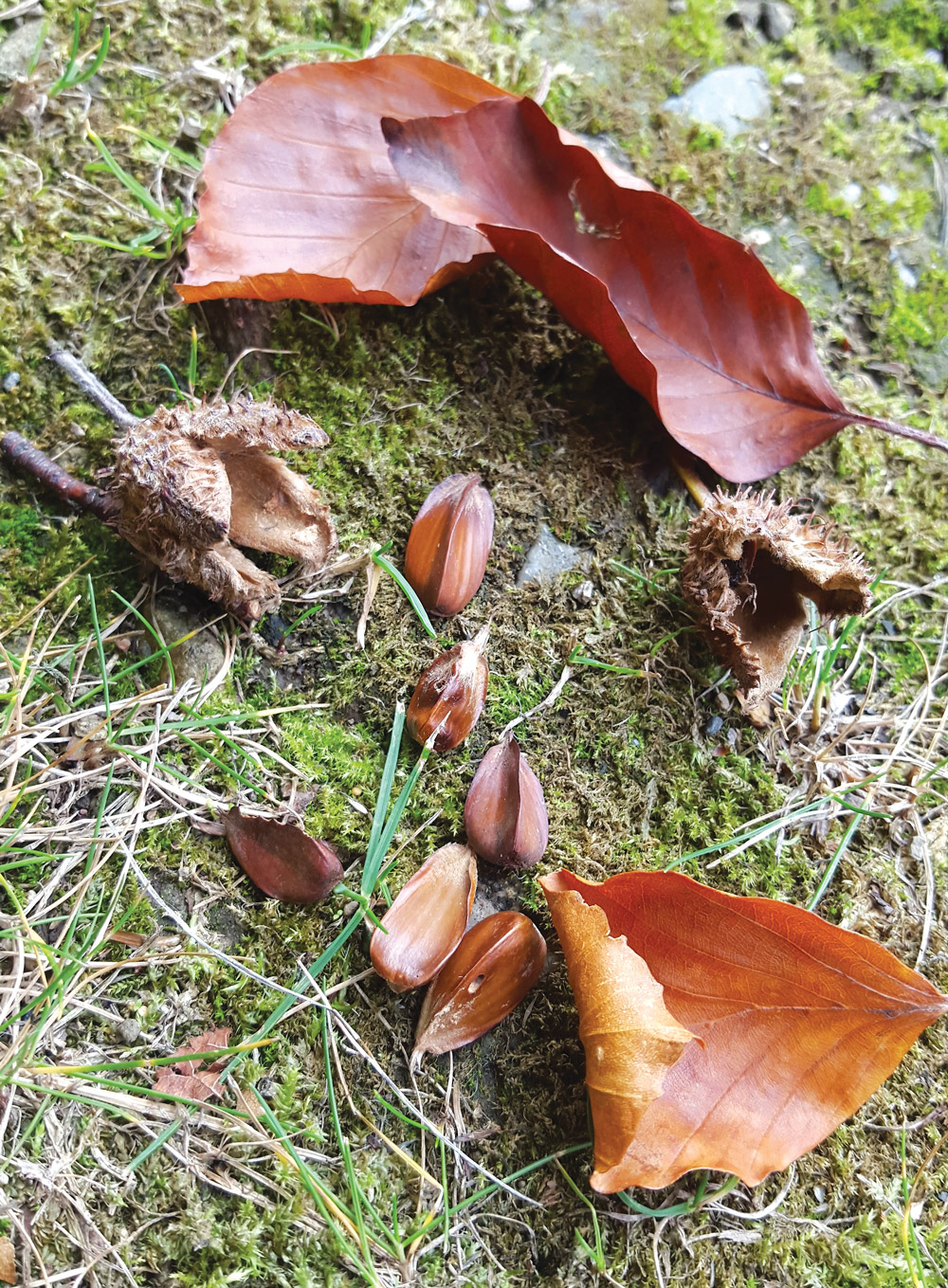 Although the nuts are rich in fats and oils, they are bitter to our tastes today and are not widely eaten by us.

They are gladly eaten by many other creatures, however, like squirrels, wood mice, birds, and insects.

In autumn, the leaves of mature Beech trees turn into a wonderful range of oranges and browns before they drop to the ground.

Young Beech trees, however, can hold onto their brown autumn leaves over the winter.

We take advantage of this feature by planting Beech hedges which provide us with colour all through the winter when most other trees are bare.