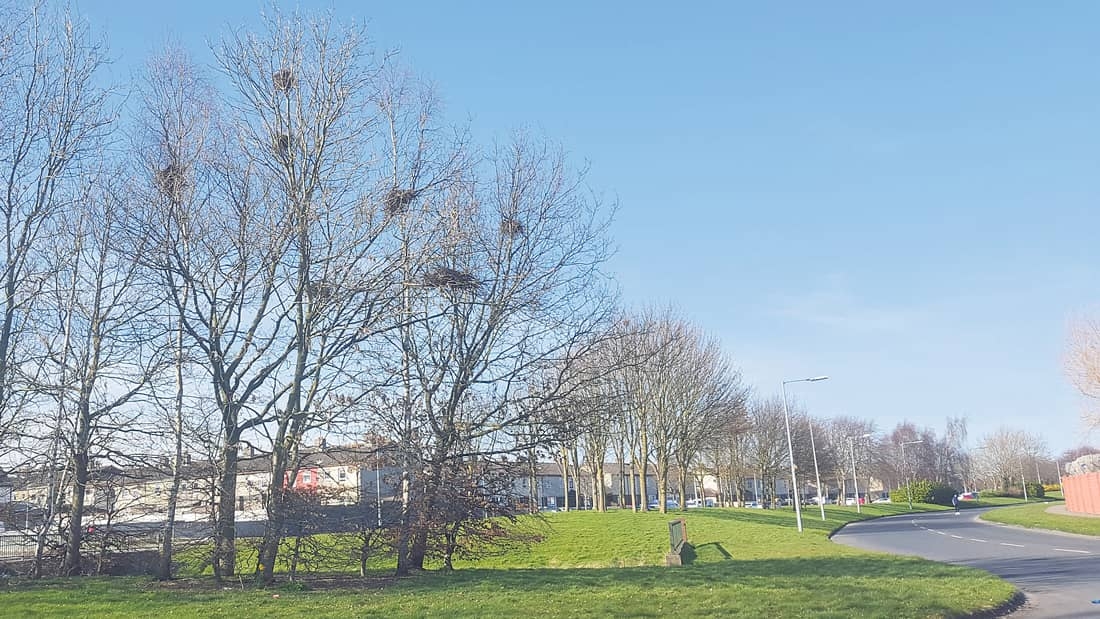 Nature on our doorsteps: Crows’ nests – or not?

Birds have been busy in recent weeks gathering material to build their nests.

While we do not often see the small, cosy, moss-lined nests of robins, wrens, and blackbirds, we can often spot the nests of larger birds like those from the crow family.

Rooks nest in groups, towards the tops of trees

Magpies tend to build their dome-shaped nests in the crook of a sturdy branch, using the surrounding branches and twigs to support it.

Rooks like to live and nest together in large groups called rookeries.

They build untidy nests high up in the tops of trees. Sometimes they will re-use last year’s nests, adding newly gathered twigs, grass, moss, and leaves.

The nests of Magpies and Rooks are easily seen in early springtime, before the trees come into leaf.  After that, they are mostly hidden from view.

Witch’s Brooms can sometimes be mistaken for birds’ nests

When spotting nests in bare trees, however, look closely. It is easy to be misled by something called a ‘Witch’s Broom’.

This is a dense tangle of twigs that has grown along a branch or twig, usually as a result of an infection or damage to a bud.

While these twig-tangles can look like nests, real nests are usually snuggled securely in the crook of a strong branch.

Witch’s Brooms, however, are often seen dangling precariously on thin branches or twigs, where no self-respecting bird would build a nest.