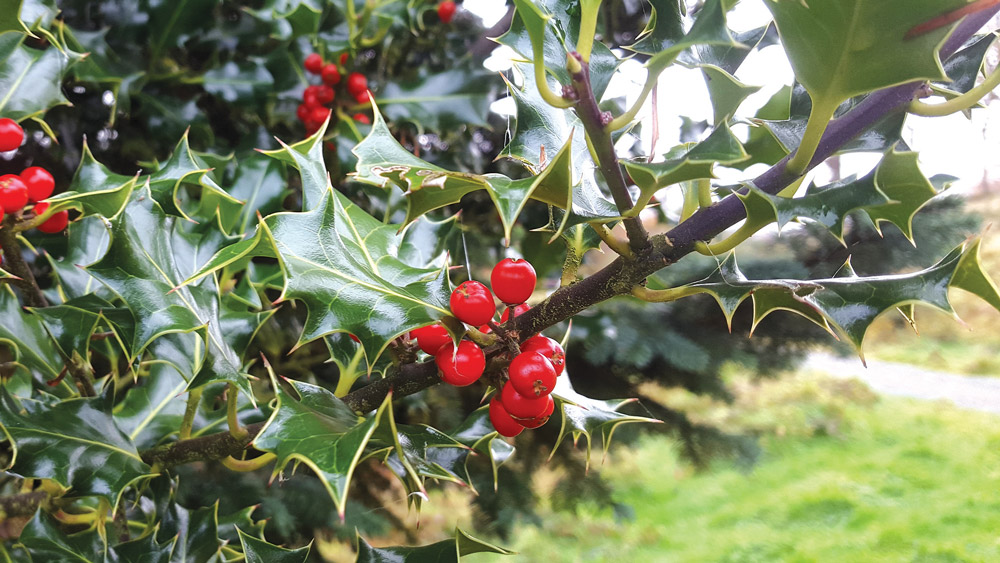 Nature on our doorsteps: Why some Holly bushes never produce berries

Holly’s deep association with Christmas time reflects the fact that Holly is evergreen, and that its combination of glossy green leaves and bright red berries makes it ideal as a decoration in our homes during the dark mid-winter.

Some Holly bushes, however, never produce the recognisable red berries.

This is because Holly trees are either female or male, and only the female trees produce the berries.

Both the female and the male trees produce small clumps of flowers along their branches in springtime.  These female and male flowers look very similar, having four, pink-tinged white petals.

These produce the pollen needed for fertilisation of the female flower. 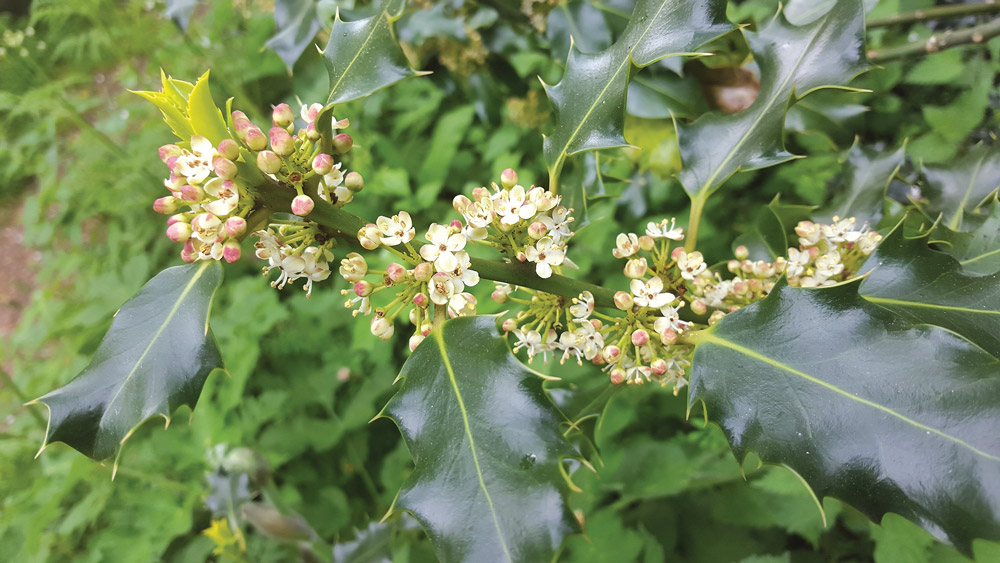 The flowers of the male Holly tree produce pollen, not berries

The female flower can be identified by the little green, raised up, oval-shaped ovary in the centre of the four petals. This ovary develops into the berry after it is fertilised by pollen from the flowers on a nearby male Holly tree.

She lays her eggs on the flowers and on the developing green berries. On hatching, the caterpillars eat the flowers, any developing berries, and the soft undersides of surrounding new Holly leaves.

Plenty of berries escape the caterpillars however, and these go on to produce clumps of red berries for the birds to eat in wintertime, and for us to enjoy during the festive season.