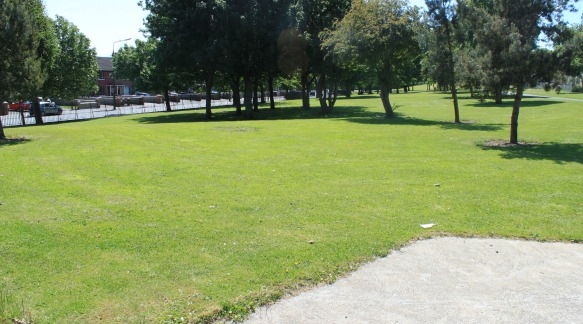 New innovative play/skate park to be ‘meaningful’ for young people

LONDON architect firm Relational Urbanism has been awarded first place in an international competition to design an exciting new €500,000 play/skate park in Ballyfermot.

News was announced this week after an extensive process which saw design teams from around the world submit their proposals for the innovative Le Fanu Park project.

Working with over 360 local people, the IAF and DCC met residents to shape and design the project, and to provide a top-class facility for young people in the community.

Youngsters from the area have been involved in a variety of workshops – facilitated by the IAF to ensure that the proposals put forward by design teams were reflective of the desires of the community.

Ger O’Reilly, Ballyfermot Youth Service youth worker, was “over the moon” with the decision to choose Relational Urbanism as “they really listened to our young people and took on board community feedback.”

Leslie Moore, Superintendent Parks and Landscaping DCC, said: “Relational Urbanism have proposed a visionary design for the play park and have demonstrated that they listened intently to both jury and the community.”

Enriqueta Llabres, Recreational Urbanism said: “We can see how the project has benefited from the feedback and this also enabled the use of innovative tools which we believe will make the design responsive to local needs.”

Eduardo Rico, Relational Urbanism said: “We are eager to carry this process further and deliver a park which is both beautiful and meaningful to the people of Ballyfermot.”

Nathalie Weadlock, IAF Director said the winning design is an “expression of the amazing people of Ballyfermot.”

“Our goal was to create opportunities that enable both architects and communities to participate equally and confidently in a creative process that ultimately will be transformative for everybody,” said Nathalie.

NEWER POSTIT Centre closure is a ‘tremendous loss to the community’
OLDER POSTEcho Young Artist of the Year–it could be you!