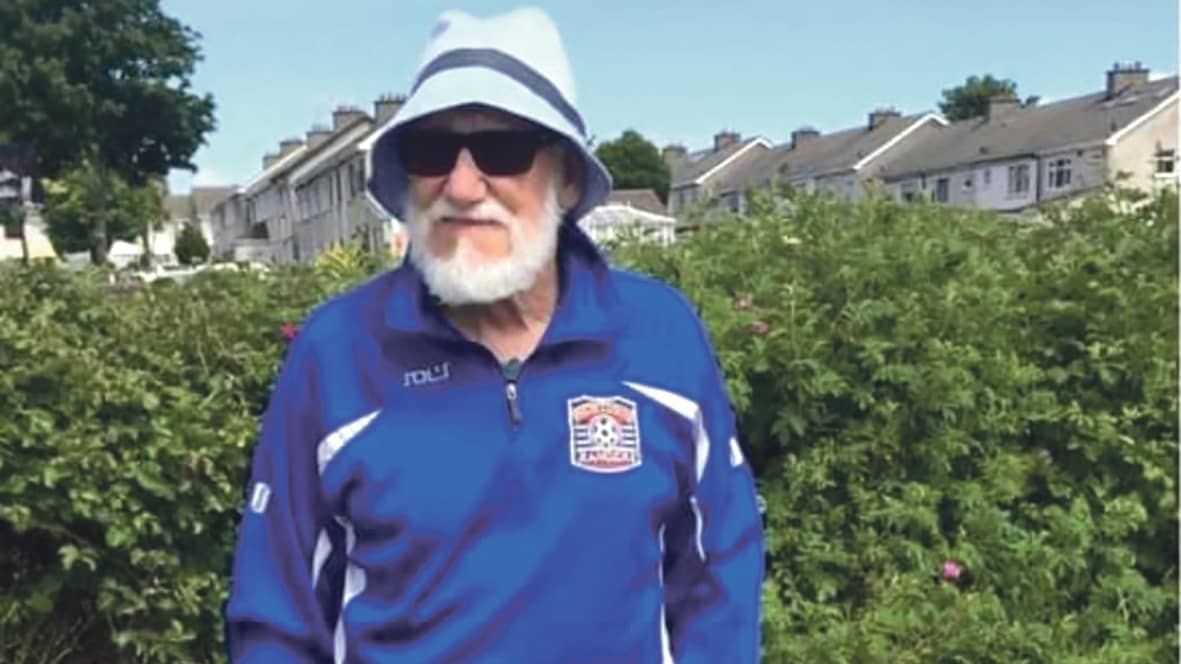 Newtown Rangers President was a ‘true legend’ at the club

THE players and committee members of Newtown Rangers Football Club in Tallaght remembered their president, Gary Kavanagh, as a “true legend” of the club following his sudden passing on October 16 at 79 years old.

Gary, who lived in Millbrook Lawns, became a member of Newtown Rangers in the late 1950s, which was the beginning of over six decades of involvement in the club, during which time he took on many different roles.

The father-of-two was a player in the Newtown team that won the Leinster Junior Cup in the 1960s, and he went on to have numerous roles on the club’s committee, including treasurer and chairman, and up to his death he was president of the club.

Away from the pitch, Gary was still a dedicated football fan as most of his conversations revolved around his favourite sport, and he often illustrated matches he was talking about by mimicking heading a football, or kicking with his feet, much to the delight of his friends and club members.

Remembering his friend, Les Douglas from Newtown Rangers FC told The Echo: “Gary was a great talker, and he had a great knowledge of football, so when people were in his company 90 per cent of the time football would be the topic of conversation.

Gary had a great memory for the minutiae of matches from decades ago, but he was just as actively interested in current matches too, and during the lockdown regularly called the club’s teams after matches to see how it went and to encourage them if the match didn’t go their way.

He was popular with the club members, who were shocked and saddened to hear of his passing.

Gary was committed to the club right to the very end. Last Saturday, when the club pulled out a bonus ball for a raffle in the club, Gary Kavanagh was the winner – he’d bought his ticket two weeks in advance.

“He is fondly remembered by all the players and committee at Newtown as a true legend of the club,” added Les.

Gary is survived by his wife Madge, who has also supported Newtown Rangers through the years, and their daughters Ashlene and Kelda.