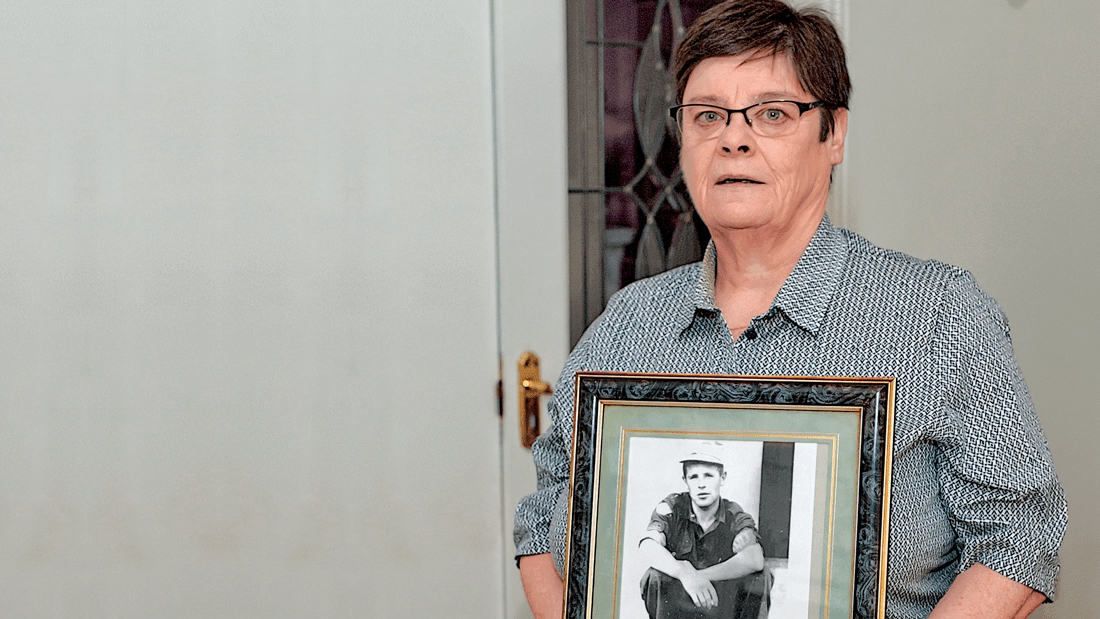 NINE soldiers were killed in the ambush of an Irish Army patrol in the Congo 60 years ago this week, and for Citywest woman Liz Kelly, whose father was killed in the ambush, this year will be the first year she won’t be able to attend the annual memorial Mass in Cathal Brugha Barracks.

The Niemba ambush occurred when an 11-man Irish Army patrol, who were deployed to the area under a United Nations mandate to prevent the secession of the mineral-rich Katanga province, were attacked by 100 Baluba tribesmen on November 8, 1960.

The bodies of the nine men were flown into the Casement Aerodrome in Baldonnel where they lay in state, and thousands lined the streets of the city centre for the men’s funeral procession. They were buried together in the UN plot in Glasnevin Cemetery.

Liz’s father, Cpl Peter Kelly, was killed in the ambush at 25-years-old, leaving behind his 26-year-old wife Lily, and their young children Liz, who was two-and-half-years old and Caroline, who was 13-months-old, while Peter Jr was born ten weeks after his father died.

The children were raised in Ballyboden, with the help of their grandmother Molly Hopkins and aunty May Hopkins. Lily, who passed away in 2012, rarely spoke about her late husband as she found it too upsetting.

Liz told The Echo: “My mam would never talk about it, because she’d get very upset.

“But she’d bring us to the memorial Mass in the barracks every November.

“The soldiers received the biggest State funeral ever given at that time, and they’re all buried together in the UN plot in Glasnevin.”

Cpl Kelly joined the army when he was 17, and two of his brothers, Paddy and Sean, served in the Irish Army. Liz got to find out more about what her father was like by asking her uncles and the rest of her extended family about him.

“They said he was very kind and very gentle, and that he didn’t drink,” said Liz. “My uncle Sean said that my dad had told him that if anything happened to him, that he was to keep an eye out for us.”

Reflecting on her father’s service in the army, Liz is critical of the decision that was made to send the troops to Niemba and how unsuitable their uniforms were for the terrain they were being sent to.

“They shouldn’t have sent them,” she said. “They sent the troops to the Congo in Africa – a place that most of them hadn’t heard of – in wool uniforms in 40-degree heat.

“They went out to serve our country, and nine of them came back in boxes.”

Lily Kelly never remarried, and she was buried with a photograph of her husband, his medals, and letters he had written to her while he was abroad with the army. She wore her wedding ring up to the day she died, and was buried with it.

The soldiers who died in the Niemba ambush are remembered at a Mass in Cathal Brugha Barracks on November 8 every year, however as a result of the Covid restrictions the service will be held behind closed doors this year.

The Chief of Staff of the Defence Forces, Vice Admiral Mark Mellett DSM, and some army veterans will lay wreaths on the day in remembrance of the soldiers who died, but relatives will not be able to attend.

“It’s very sad that we can’t go,” added Liz. “We just want to make sure that people remember the soldiers that died, and that they’re not forgotten.”