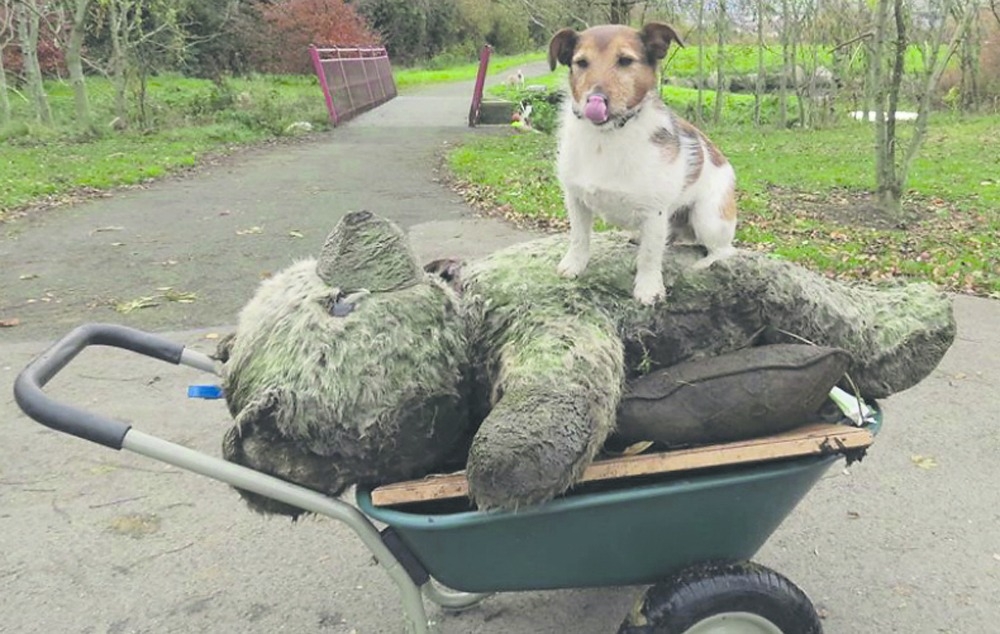 No picnic for Litter Mugs, even with teddy bear find

THE rain couldn’t halt the efforts of a team of volunteers recntly, who took to Sean Walsh Park to carry out their monthly litter-pick and water-clean.

Established around 12 months ago, the Litter Mugs is a community group that meets once a month in Sean Walsh Park and to date volunteers have removed tonnes of waste, litter and household items – including a giant teddy bear, furniture and dozens of trolleys.

The ultimate aim of the Litter Mugs is to encourage South Dublin County Council to push for the Green Flag status for Sean Walsh Park, a proposal which has been put forward by the Tallaght Community Council (TCC).

Derek Kiberd, a member of Litter Mugs told The Echo: “Litter Mugs are providing the community involvement in the Tallaght Community Council’s efforts to encourage the council to push for Green Flag status for Sean Walsh Park.

“None of the parks in South Dublin County has green flag status and we believe that Sean Walsh Park is a good place to start.

“It’s a beautiful park that’s used by so many people – anybody who would like to get involved in Litter Mugs is invited to come along to our clean-ups.”

He added: “Each month we take to the park and clean the general area and the water.

“Volunteers of all ages are invited to come along and people can take part in whatever aspect of cleaning suits them – there’s something for everybody of all ages and abilities to do.

“We also do smaller clean-ups around the playground area during the month.”

The Litter Mugs next clean-up is on Saturday, June 17, with volunteers meeting at 10am in the recycling centre at Sean Walsh Park.