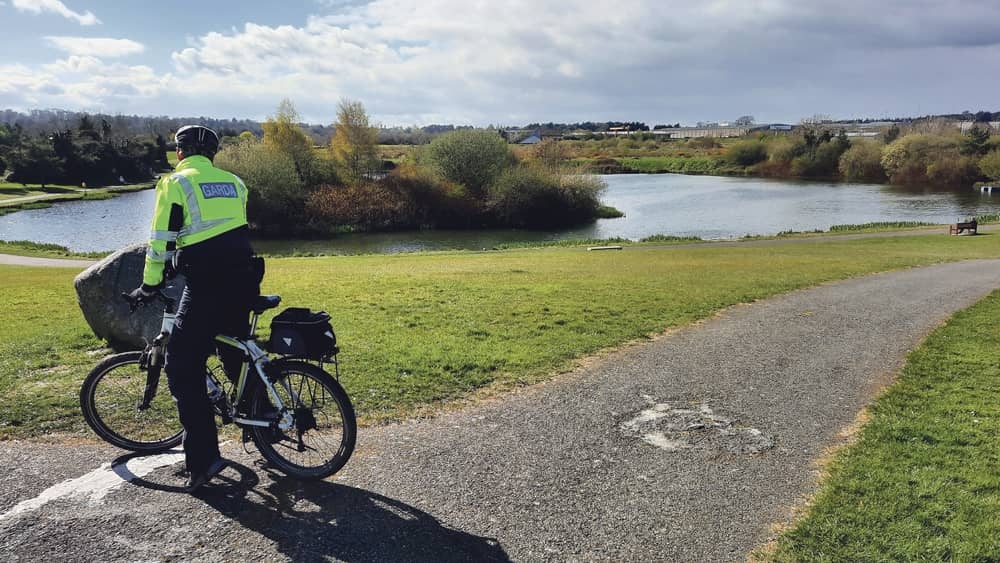 TRAINING for gardai on bicycle patrols was suspended due to restrictions imposed by Covid-19.

Another impact Covid-19 has had on this particular area of policing is the difficulty senior gardai have had in sourcing bikes due to high demand.

With the Summer months leading to longer days, it is an issue local gardai are juggling with and pursuing in an effort to maintain the optimum level of services.

Garda push bikes are an important part of an operation along the Grand Canal to combat organised crime and anti-social activity.

The canal operation, from Lucan to Inchicore, features work by gardai, local authorities, Waterways Ireland and more recently developers including Cairn Homes, who are heavily involved in the Clonburris SDZ (Strategic Development Zone).

At the recent JPC Policing Meeting, Clondalkin Superintendent Anthony Twomey, referenced the difficulty in sourcing bikes due to “high demand as a result of Covid”.

“At present we have sufficient bikes however due to Covid restrictions training was suspended within An Garda Siochána. I am presently pursuing the case for training, however I am one of many on this pursuit.”

Lucan superintendent Paul Dolan said they were continuing to put more bikes out, including at the canal.

“We have received good feedback about bikes [on patrol] from the public when people are out and about it certain areas,” he said.