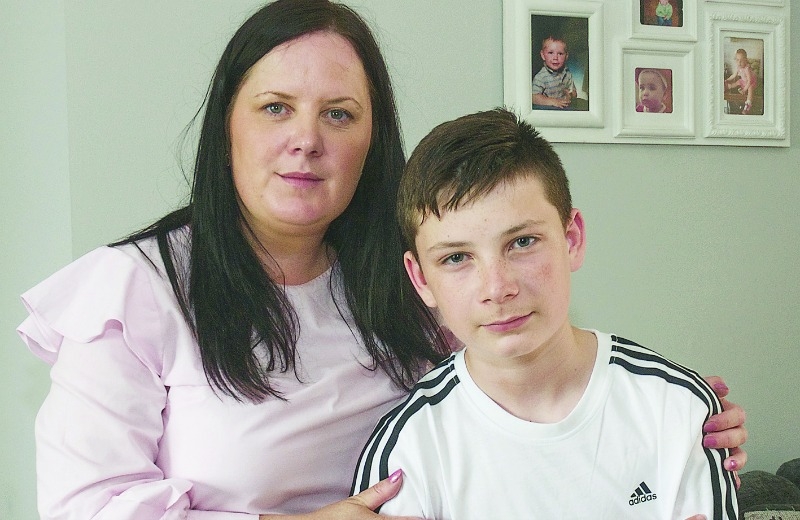 No school available for Tallaght 12-year-old with special needs

A TALLAGHT 12-year-old has no secondary school to attend this September because his special needs cannot be catered for by any school in Dublin.

Living in Deerpark, Jack Kavanagh Cullen, who has moderate ASD [Autism Spectrum Disorder] and dyslexia, is finishing up primary school this month and is due to start secondary school in September.

Since Jack was three-and-a-half he has attended both a pre-school and a primary school with dedicated ASD units, which cater for the needs of children with autism through a pupil-teacher ratio of 6:1 and additional Special Needs Assistants [SNAs] in each class.

However, according to Jack’s mam Karen Kavanagh, there is a lack of ASD units attached to Dublin secondary schools – with all 18 schools with dedicated units in the capital unable to offer the 12-year-old a place.

Jack’s mam Karen told The Echo: “I started contacting all of the Dublin secondary schools with ASD units in September 2015 and since last September haven’t stopped applying for places.

“There are 18 secondary schools in Dublin with ASD units and not one of them can take Jack . . . they are either full to capacity or they’re telling us they can’t cater to his needs and don’t have the funding to provide a dedicated SNA for Jack.

“Jack is entitled to go to secondary school like everybody else, but because of cutbacks and a lack of funding he is being denied an education.”

She added: “I’m extremely worried and anxious over the situation.

“Jack keeps asking me where he is moving onto and I have nothing to tell him.

“Moving from primary to secondary school should be a slow transition for children with autism and at this stage Jack should have already visited his new school and familiarised himself with the new setting.”

If Jack doesn’t get a place he will have to be home-schooled, a situation which Karen believes is a “contradiction” as children with autism need to build their social skills, mix with others and gain independence.

Seeking support, Karen approached the Tallaght Parents’ Autism Support Group [TPASG], which is working alongside the family in appealing the decisions, made by the schools contacted, to the Department of Education.

Speaking with The Echo, Killinarden resident Lynn Byrne, who is a member of TPASG, said: “Not a school in the whole of Dublin with an ASD unit attached to them can take Jack, it’s absolutely disgraceful.

“It is a breach of one of his fundamental rights and all because he has special needs.

“This is a very worrying time for Jack’s mam Karen, she needs to get him placed or else he will regress and we are helping her to lodge a Section 29 with the Department of Education, an appeal against the decisions of the schools.”

“There’s no forward planning, the Department is not using its head”, Lynn said.

“Having all of these dedicated units at primary school level is grand but where do the kids go when they reach secondary school?”

The Echo put a number of questions to the Department of Education and contacted the National Council for Education but replies were not received in time for print.