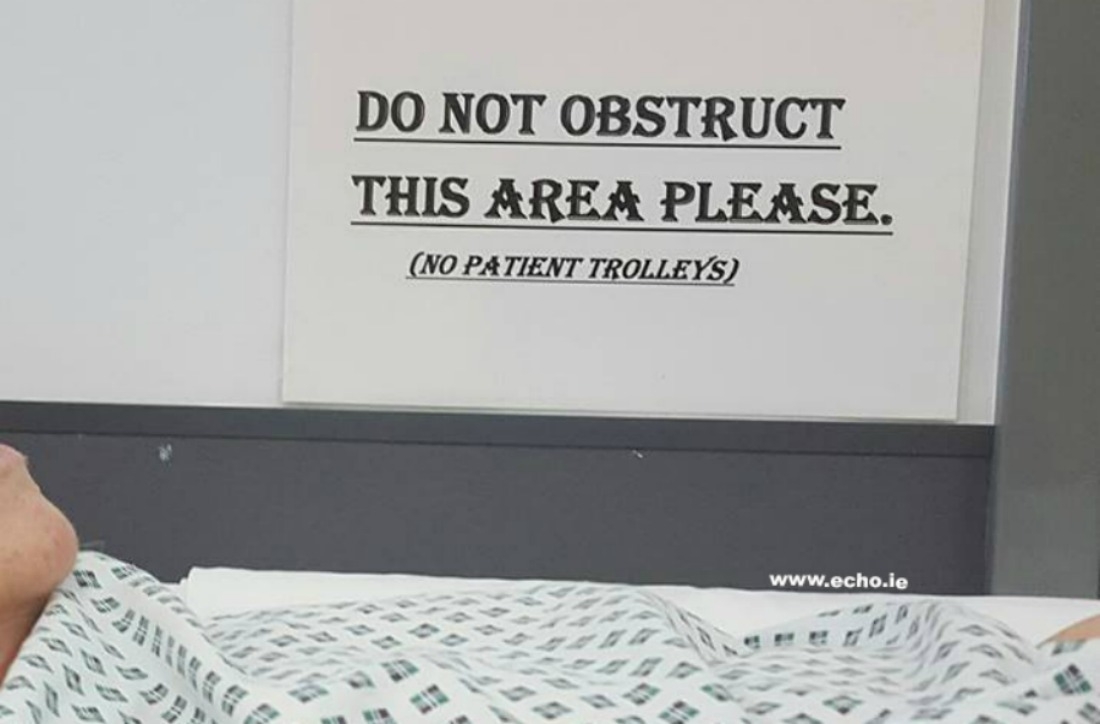 Number of patients on trolleys in Tallaght Hospital increasing

As the winter season begins Tallaght Hospital has this week seen an increase in the amount of patients on trolleys waiting for beds.

Over the past 18 months the hospital has implemented several initiatives which helped to bring down the number of patients waiting on trolleys.

However, this week has seen that number increase significantly, with 18 people on trolleys on corridors last night according to the INMO Trolley Watch figures.

This was the highest amount so far this month, with low levels of trolleys on corridors reported at the beginning of October.

On Monday there were seven people on trolleys on corridors in the hospital, but that number rose to 16 on Tuesday and 18 on Wednesday, before dropping to nine today.

One Echo reader, who was in the hospital with his elderly mother last night and sent us this image (above), said the staff were doing all they could to manage the hectic situation, but looked physically exhausted.

He went on to say: “I know the staff are doing all they can, but you look around and you see so many people who do not need to be there, they could easily go to their GP, but that service is not available.

“My mam finally got a bed around 1am this morning having had to wait for some time, it was a bit chaotic up there to be honest.”

The practice of placing trolleys on corridors is one that Tallaght Hospital have been working to eradicate, but with the annual busy winter season quickly approaching, the stresses on the hospital look set to increase.

“Tallaght Hospital receives a high number of patients every day to the Emergency Department, yesterday was a particularly busy day in the Dept.

“Hospital staff work hard to ensure that every patient is triaged, treated and discharged as quickly as possible.

“In the absence of specific details the Hospital can confirm that no patients are housed on trolleys on corridors in the ED.

“There is an old floor notice outside the x-ray area which does state not to leave trolleys in that space as it is reserved for patients waiting to go into the adjacent x-ray room which may have led to some confusion for which the Hospital apologise.

“Tallaght Hospital has submitted its winter plan to the HSE and has a number of process improvements in train to address trolley numbers.”