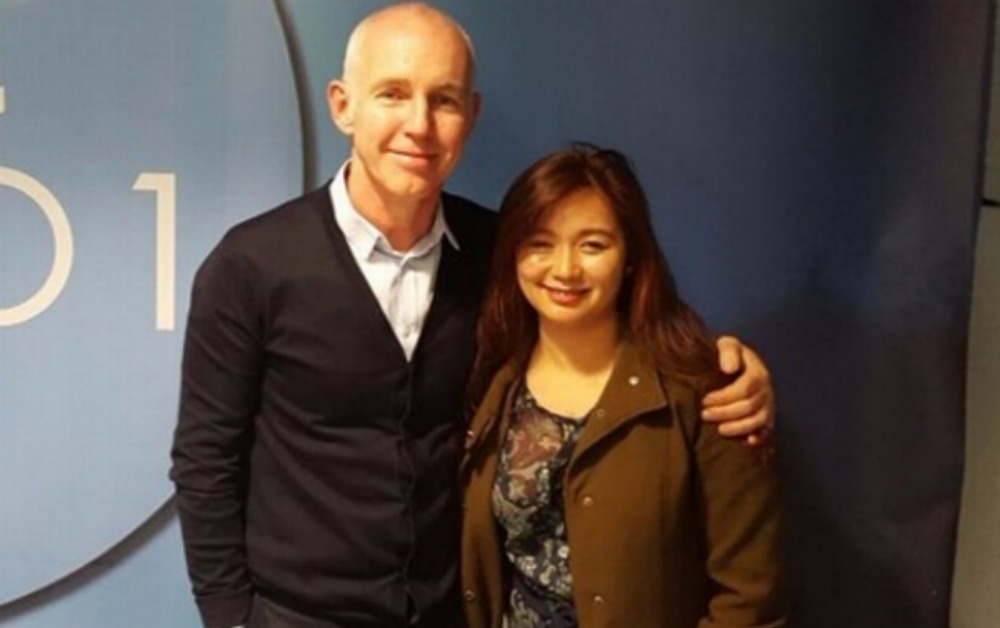 A young nurse who lost €1,200 in Tallaght village last week today spoke of how she was overjoyed to have the money returned by an honest stranger.

Last week we brought you the story of a woman, known by most now as ‘honest Mary’, who had found a sum of money in Tallaght village.

Pic courtesy of RTE Radio One

Mary had contacted the Ray Darcy show in an attempt to find the owner of the money after she failed to track down anyone in the area who may have dropped it.

Grace who is a nurse in Tallaght Hospital and is originally from the Philippine’s told the show today how she retraced her steps the day she lost it but the money was nowhere to be found.

She said: “I was walking in Tallaght, about to go the bank to pay for something and I had this envelope with the money in it in my pocket and when I was about to pay the assistant I realised the money was not there.

“I went back to the places I had been and I couldn’t find it.

“The money was for the rent, it was for a few people, I really cannot explain the feeling.

“I’m very grateful and thankful, I didn’t expect the money to be returned, what are the chances.”

Last week Mary had described how the envelope had writing on it, and once Grace described that writing today in studio with Ray Darcy it was clear the money was hers.

What a lovely story, and one that suggests there are a still plenty of honest people out there willing to do the right thing.