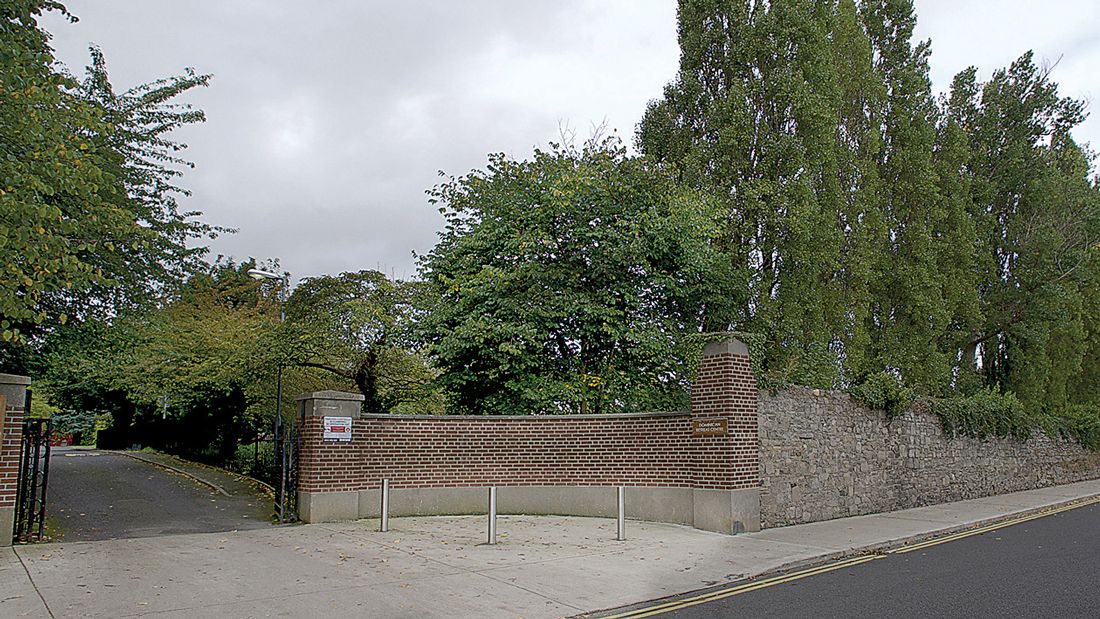 The Priory site in Tallaght Village

A SITE notice outlining plans for the development of a nursing home and independent living units in the grounds of the Priory in Tallaght Village was erected last week.

This is the second time a planning application for a nursing home has been lodged for the section of the Priory site which backs onto the TU Dublin – Tallaght Campus site.

Last July, South Dublin County Council refused permission to a developer for the development of a five-storey nursing home at the site.

The developer also unsuccessfully sought planning permission for the construction of 108 independent living units for older people, to be housed in a part-five/part-six-storey building, in the same application.

In reaching their decision, the council told the applicant, St Mary’s Medical (Tallaght) Ltd, that the proposed development “fail[ed] to be sensitive” to its surroundings and would “completely dominate” the site.

The plans also attracted 11 third-party submissions, where issues raised included concerns about the Architectural Conservation Area (ACA), the scale, density and height of the development, the additional entrance leading to a loss of existing walls and car parking.

Objectors also claimed that there was “no engagement” with the community in relation to the planning application.

In their new application, St Mary’s Medical (Tallaght) have downsized their proposal, and are instead seeking planning permission for a four-storey, 106-bed nursing home at the Priory site.

Permission is also being sought for 60 one-bed independent living units, to be housed across three blocks.

Provision of 30 car parking spaces and 52 bicycle parking spaces is included in the plans. A decision on the new application has not yet been made by South Dublin County Council.

As reported in The Echo in September 2020, lands adjoining the Priory went on the market with a guide price of €5m.

Owned by the Dominican Fathers before the sale, the 2.46-acre pocket of land which backs onto the TU Dublin – Tallaght Campus on the Old Greenhills Road-side of Tallaght Village, was sold as a ‘prime residential development site’.