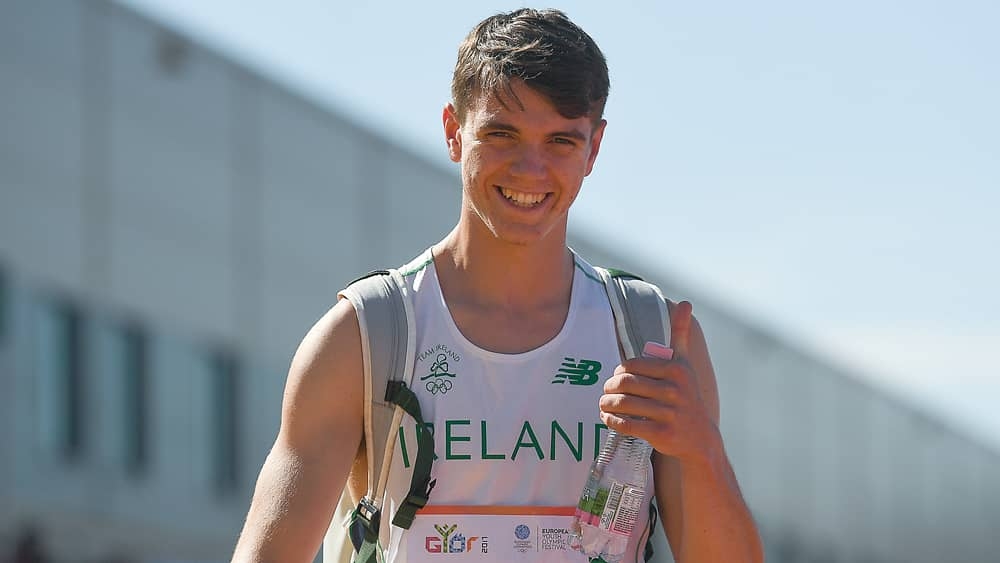 DONORE Harriers runner Louis O’Loughlin will be in buoyant mood heading into the Irish Milers Club Meet in Belfast after claiming gold in the 800m event at the Athletics Ireland Micro Meet in Cork.

The Clondalkin man, despite winning convincingly, failed to hit the required European Under 23 qualifying standard.

The Micro Meet at Munster Technological University was designated as trials by Athletic Ireland for the upcoming European Under 23 Championships.

Needing to clock 1:49 to qualify for the championships in Norway later this summer, O’Loughlin had to battle the elements as well as fierce opposition.

With strong winds and water on the track, pacer Aaron Keane of Tullamore Harriers brought the race through the first 400m just shy of 53 seconds.

Patience was key for the former Round Towers underage footballer, with him biding his time behind Conor Duncan of Ratoath AC and Aaron Shorten of St Laurence O’Toole AC.

Duncan took the lead until the final 200m, when the former Moyle Park College student kicked into high gear to break out in front and cross the finish line in a time of 1:52.13.

Speaking after his win, O’Loughlin said: “It was not ideal out there today, but I have to be positive.

“I was just glad to get a race done. Now for the Irish Milers Club Meet in Belfast in two week’s time.”

That meet will serve as another opportunity for O’Loughlin to claim his spot on the Irish team heading to the Under 23 European Championships for which he will need to clock a sub 1:49.00 time.ss

Eighteen-year-old Curtin held second place with Collins behind him in third right the way through.

Both athletes crossed in 15:21.00, with Curtin knocking more than a minute off his previous PB while Collins lowered his by 15 seconds.

Paul Cummins was at the same trials, although he competed in a different race and clocked 17:38 on his way to an eighth place finish.