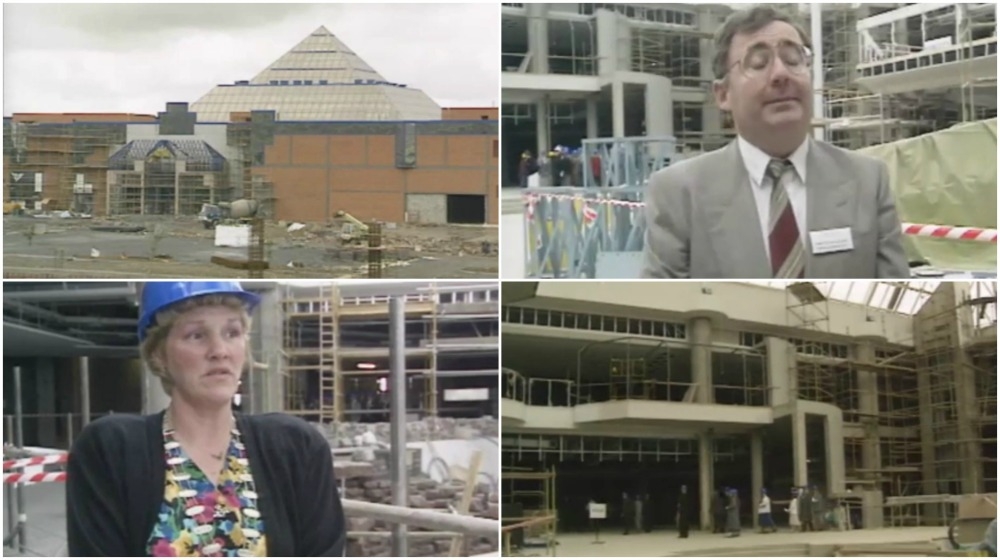 On This Day in 1990: Tallaght locals get a first look around The Square

On this day in 1990 RTE travelled to Tallaght to get a first look at the building of The Square Shopping Centre – the biggest of its kind in Ireland at the time.

Up to 500 local people from across the community were invited for a tour of the centre as it prepared for its opening in October of the same year.

With upwards of 90,000 people living in the Tallaght area in 1990, the new shopping centre was badly needed, however, concerns were raised about its impact on local retailers.

Then Lord Mayor of Tallaght at the time, Kay Brady welcomed the new development, saying: To me and I’m sure to a lot of people in Tallaght it’ll make all the difference in the world. It’s just going to be about everything here, I’m particularly happy with the cinema situation.”

The Square opened its doors on 23 October 1990, and has since seen extensions and a multi-storey carpark built.