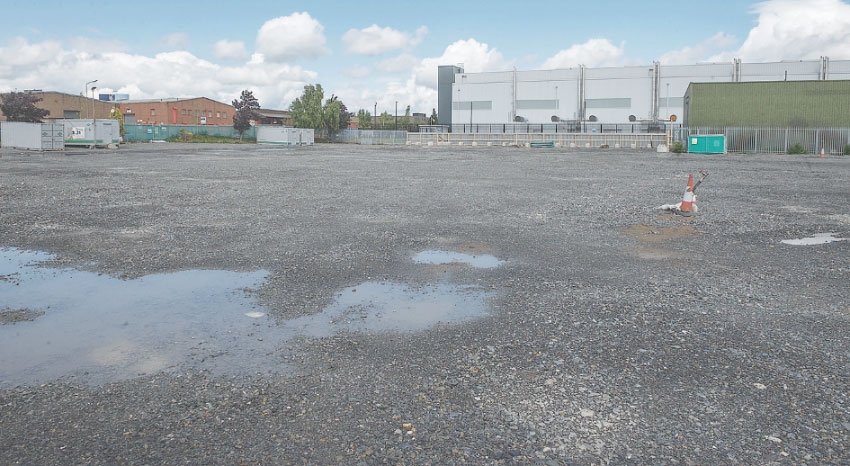 AMAZON has lodged a planning application for a two-storey, data-storage facility on the Greenhills Road, which, if passed, will be the online giant’s fourth data centre within a two-mile radius.

Amazon first plugged into Tallaght back in 2011, when it bought Tesco’s vacated distribution warehouse off the Greenhills Road for a little under €7.5m.

Two years later in 2014, the council granted permission to Amazon for a two-storey data centre on the nearby Shinko site on the Greenhills Road, which saw Amazon pay €920,556 in developer fees to the local authority.

In 2016, Amazon continued on its mission to fully connect into Tallaght and received planning permission for a third data centre on the old Jacob’s site on the Belgard Road, which saw the council reap more than €1.6m in developer fees.

Towards the end of 2016, the electronic commerce company submitted a planning application for the demolition of the existing industrial buildings on the former Barretts’ site in the Greenhills Business Park on the Greenhills Road, work which was granted permission by the council.

Now, just over a year later, the retail giant has lodged a planning application for a two-storey data centre on the former Barretts’ site, which will be “an annexe” to the existing, neighbouring data storage facility on the former Shinko site.

According to the planning application, the proposed development on the former Barretts’ site will include the construction of a new two-storey building (circa 8,229 sq m) for use as a data storage facility – which will be an “annexe to, and accessed through, the neighbouring data storage facility to the north via the existing site entrance”.

The development will include electrical rooms for electronic operations, mechanical plant rooms and support areas including offices and welfare facilities, a loading bay and back-up generators in a fenced compound.

The application also provides for the replacement of existing boundary structures including railings, fencing and gates, with a new three metre high perimeter railing.

According to the application, the ventilation plant at roof level will be screened from view on all sides.

The planning application will be available to view on the planning section of www.sdcc.ie or at the offices of South Dublin County Council during its public hours of 9am to 4pm, Monday to Friday.

NEWER POSTBedsits in disrepair over ‘legal issues’ says council
OLDER POSTMature students give over €1,300 to charity