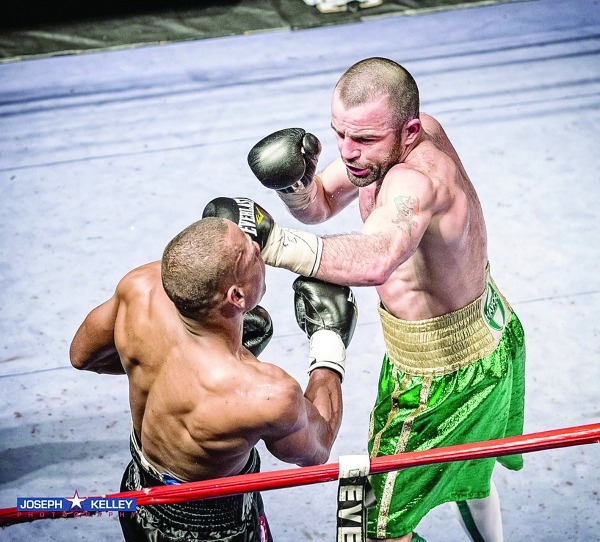 The win was ‘The Rock's’ fourth victory in a row since being disqualified when he fought Terry Flanagan, and the Dubliner said the fight went very much how his team had anticipated.

“Before I got into the ring I visualized the shot I was going to throw and it worked, but the credit has to go to my corner I was fighting out of.

“In the early rounds he was dangerous with his wild hooks so Pascal (Collins) & Steve (Collins) said stay close to him and it payed of great.

“It feels great to have this title because the IBF are a very good organisation and it is a very good ranking for me.”

Ormond was fighting on a packed card, with several other Irish fighters included, and he said he is very grateful to those from Murphys Boxing and Ken Casey.

He said: “The lads in Murphys Boxing are doing a great job with me, you have to give them the credit, and Ken Casey put on a brilliant show, and to be headlining it in front of all the brilliant fans is something else”.

As for what is next for Ormond, the lightweight fighter is currently taking a brief holiday, but he said he is chasing the other champions in his division and a rematch with Flanagan.

“I’m waiting on news of what is next as now I’m on holiday but I’m keeping fit and this year I will be back out soon chasing the top world champions, but I would love a rematch with Terry Flanagan,” he stated.