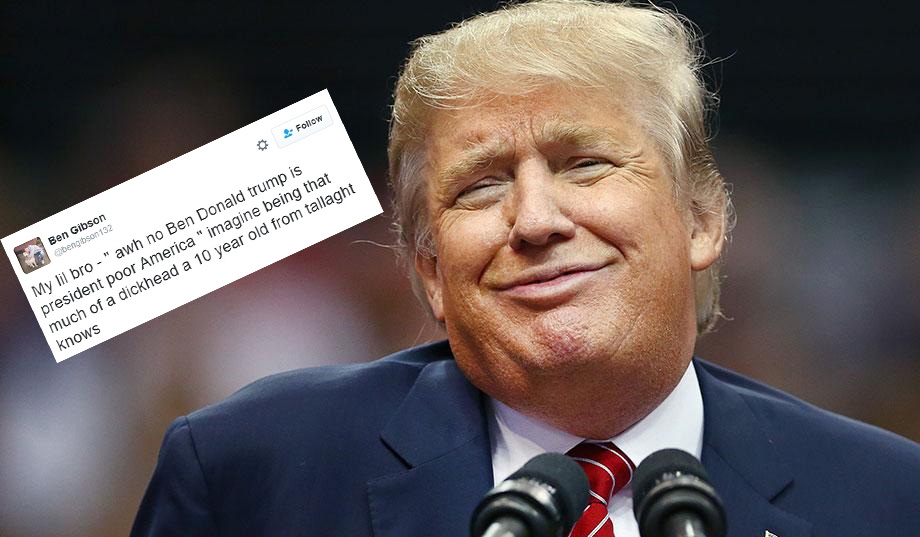 Our favourite Trump tweets from Tallaght, Dublin and beyond

It wasn’t the result many had hoped for, but Donald Trump’s victory in the US election overnight certainly offered up some light-hearted moments on Twitter, and some moments of utter disbelieve.

We put together some of our favourites that were sent to us or some we spotted ourselves.

If your favourite has not made the list then send it our way and we will include it.

Meanwhile, The Fresco Future have a novel way of getting over the surprise election…

Of course there was plenty of concern too…

And plenty of comedy…

The guy in Dublin who bet €22,000 on Trump yesterday has been identified. #ElectionNight pic.twitter.com/mRZsRJQyMC

#Dublin traffic is insane. Think everyone might be trying to drive to Antartica to avoid the fallout from a #Trump presidency.

Daniella was up all night screaming her little heart out….she must have known… #Trump #Disaster