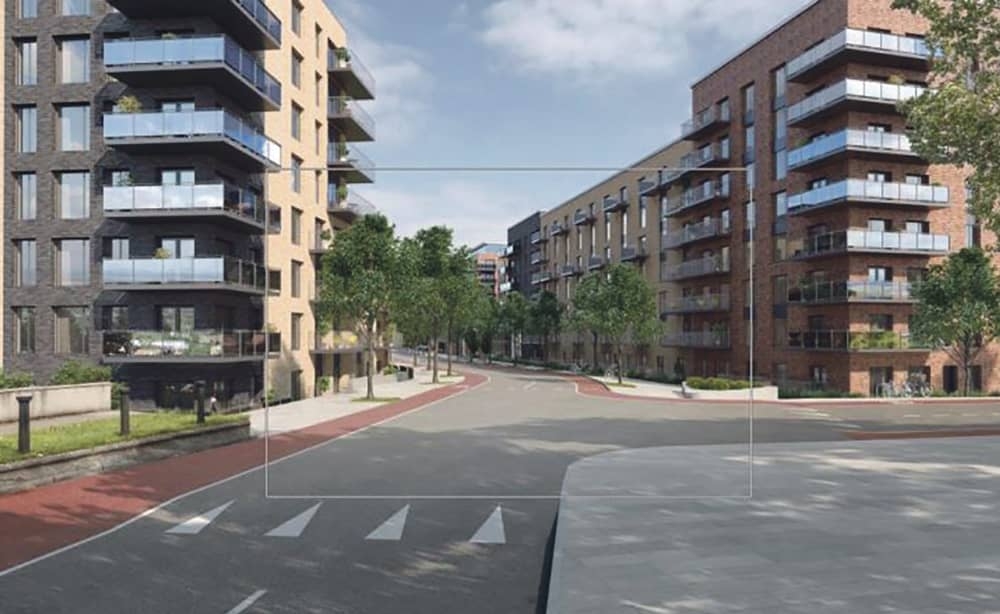 Over 1,000 one-bed apartments between Greenhills Road and Cookstown planned

THERE ARE more than 1,000 one-bed apartment units currently under development or in plans seeking planning permission in a concentrated area of Tallaght.

This week, The Echo took stock of a number of Strategic Housing Developments located between Greenhills and Cookstown.

Several of the developments went straight to An Bord Pleanála following a pre-application consultation with South Dublin County Council, due to fast-track legislation that was introduced in response to the housing crisis.

Across 10 different sites, excluding 403 bed-space student accommodation at the Marlet-owned site on the Belgard Road, there are 3,055 apartments being developed.

The majority of those homes (1,722) are being developed under a build-to-rent scheme.

This means that of the 3,055 apartments being developed for non-students, just 1,338 will go to market.

Cookstown Industrial Estate is an area where a large portion of these developments are located – totalling four.

This image highlights the number of apartments planned

The largest proposed development is located on the Cookstown East Road, which is being sought by Absolute Limousines and Boherkill Property Developments Ltd.

That proposal consists of 1,104 build to rent apartments which consist of 475 one-beds, 208 two-beds, 45 three-beds and 132 studio apartments spread across four blocks varying in height between four and 11 storeys.

This development is proposing the construction of three new roads with a pedestrian link way through to Belgard Luas Stop and the demolition of almost 16,000sq.m. of existing industrial and commercial buildings.

Submissions for this development are being accepted by the council until April 22, with a decision due on May 13.

Just slightly further into the industrial estate, at Unit 73, permission is being sought by Alanna Homes Ltd for the demolition of a warehouse  – which is adjacent to a unit that burned down last year – for the development of a 64-unit apartment building in its place.

This site is just a stones throw away from 252 build to rent apartments on Fourth Avenue, which were granted planning permission in October 2020.

Back around on Second Avenue in the industrial estate, a site with full planning permission in place for 196 build to rent apartment units has gone on the market with a guide price of €7.35m

On the Airton Road, there is plans to develop a vacant two-storey office, that Paddy Power used to call home, into 38 residential accommodation units to be used as a family hub.

Just down from that at the corner of the Airton and Greenhils Road, the green light has been given for 502 apartments across six blocks, rising upwards of eight-storeys in height.

The Belgard Road is another area with a high concentration of developments and proposed developments making their way through the Strategic Housing Development scheme.

At the Glen Abbey Complex, Square Foot Ltd are seeking permission to build 165 units, with the biggest allocation again given to one-bed apartments – coming to 94.

Further down from that, 328 apartments were granted planning permission at a site being labelled Airton Plaza.

The biggest site with full planning permission is the Marlet-owned site on the Belgard Road.

The 7.2 hectares site, which was once home to Cuisine de France, Uniphar and Kerry Group, will see 438 residential apartments and 403 bed-space student accommodation.