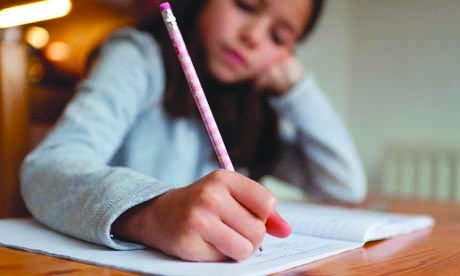 MORE than 10,000 struggling families across Tallaght and Clondalkin are being supported by St Vincent de Paul (SVP) with back-to-school costs – with the charity expected to spend more than €100,000 assisting parents with fees, books and uniforms.

Demands on parents locally have been exasperated in recent weeks, as more than two-thirds of families are left waiting for the Government’s back-to-school grant – a payment which, according to SVP, only covers around 25 per cent of a child’s back-to-school costs.

A spokesman for SVP told The Echo: “There is huge demand on SVP at this time of the year as parents struggle to meet back-to-school costs.

“I have no doubt that within the next six weeks, the charity will help around 10,000 families in Tallaght and Clondalkin – costing more than €100,000.

“A lot of parents are also still waiting on the Government’s back-to-school grant, a payment which should have been paid last month so families could get themselves sorted.

“Some parents won’t get this payment until the middle of September or later, which is pointless when the kids return to school on September 1 – the system is a total mess.

“This payment only covers around 25 per cent of a child’s back-to-school costs anyway, so some families who have already received it are still in need of assistance.”

Last week, only 28,000 out of 49,000 grant applications nationally had been finalised, with the Government stressing that the backlog would be cleared before schools open again.

Up to €40 million was earmarked for the means-tested allowance, which is worth €100 for national school children and €200 for second-level – despite a study last month by the Irish League of Credit Unions finding that uniforms alone cost parents an average of €166 for primary school and €258 for secondary.

“The amount of people looking for help with ESB and gas bills has reduced due to the introduction of metering. However, there are still huge needs for food.

“Families are not prioritising food, with everything else they have to pay out for, and many of the calls we get are looking for assistance in putting food on the table.

“We will be working alongside schools, many of which have breakfast and lunch clubs, in making sure that no school kid goes without food.”

He added: “We would encourage any family struggling at this time of the year to call St Vincent de Paul and not to go down the money-shark route, many of whom are operating illegally across estates in West Tallaght and North Clondalkin.
“Do not go down this route – it will only add to your debt and stress.”

SVP has appealed to any families that have good quality second-hand uniforms not being used to drop them into its charity shops in Tallaght Village and Main Street, Clondalkin.

“These uniforms make a huge difference to struggling families and we would appreciate the community’s support in ensuring that all local primary and secondary school kids are given a fair and happy start to their new school year.”
Call 8386990 or visit www.svp.ie for more.