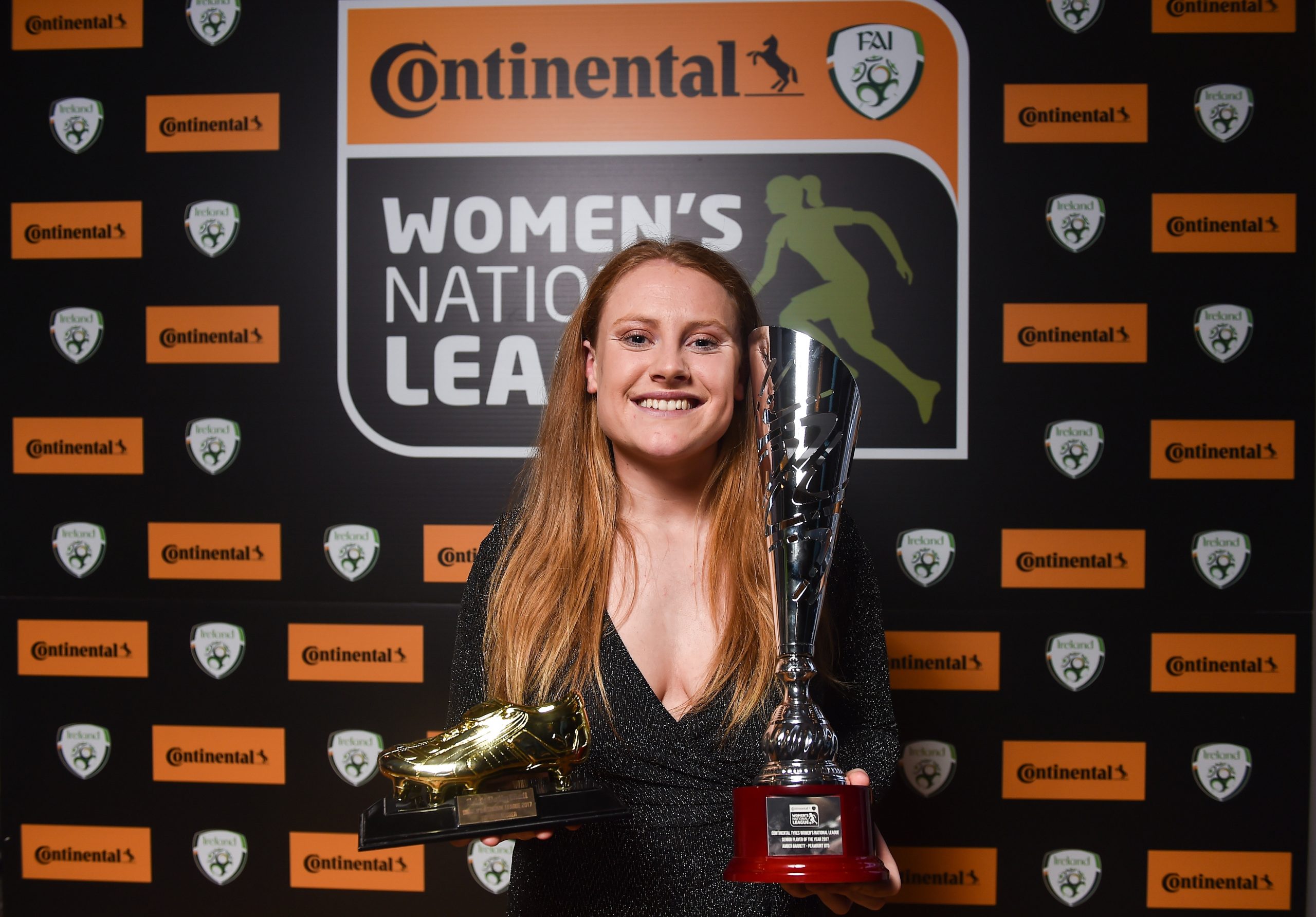 Their up and coming striker Amber Barrett capped a great year by scooping both the ‘Player of the Year’ and ‘Golden Boot’ Awards.

Having broken through on to the Ireland Senior Women’s squad, she was an integral part of the Peamount team that finished second in the National League and also made it to the National League Cup decider where they were edged out on penalties by Shelbourne.

Indeed she fired home 16 goals in this season’s campaign and fended off the challenge of fellow Senior Player of the Year nominees Karen Duggan of UCD Waves and Cork’s Clare Shine for this year’s ultimate title.

“I’ve got to thank all of my team-mates and the staff at Peamount United who’ve really helped me find another level this season and has helped me break into the international team as well” said Barrett.

“I decided to give up my other sport during the season and that has really helped me concentrate on improving my game.

“It was tough to finish second in the league behind Wexford Youths but it shows the quality we’ve got in the young squad we have and I’m positive we’ll bounce back next season and provide another title challenge.

“It’s been a fantastic season and after a short break, I can’t wait to get back next season and hopefully continue to improve for Peamount but also help Ireland get to a World Cup” she added.

Barrett was one of three Peamount players named on the Women’s National League 2017 Team of the Year with defender Chloe Moloney and midfielder Eleanor Ryan-Doyle also included.