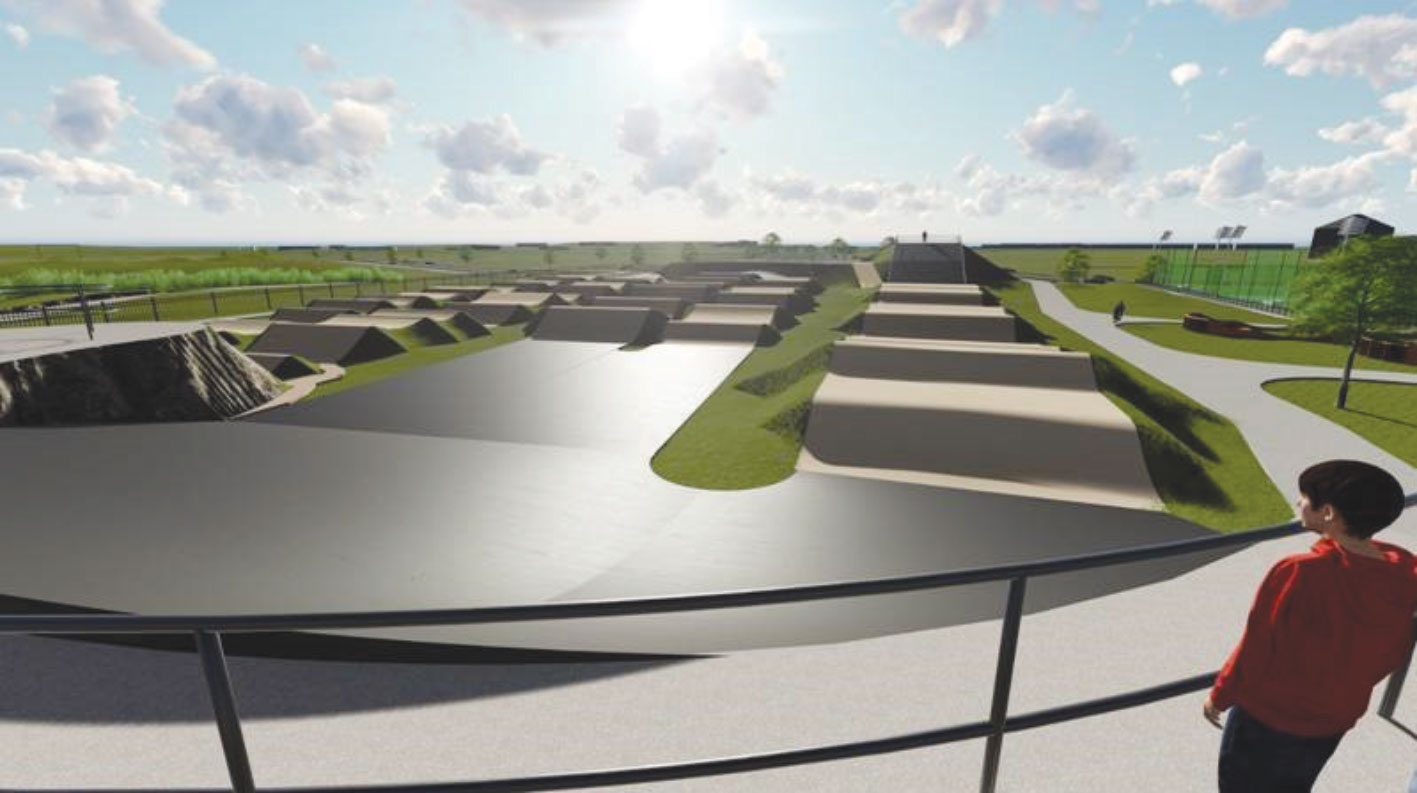 TALLAGHT could be riding high if plans for a world-class BMX track – the first of its kind in Ireland – are given the green light, with the proposed development going to public consultation later this month.

South Dublin County Council gave its support in 2015 to the development of a BMX track beside the Tallaght Leisure Centre in Jobstown and now, after a few bumps in the road, the proposed community facility is proceeding to public consultation stage.

The international-standard track will be run by DCBMX on behalf of the council, with the “all-inclusive, community facility” catering to those who want to ride for fun right up to those interested in competing.

The Echo understands that the track is costing in the region of €250,000, with the proposed facility also including an area for younger children, aged three years and up, to practice on balance bikes.

World BMX champ, Kelvin Batey, who started riding for Ireland in 2009, has been instrumental in the project and has played a key role in the design of the track and the development of a training squad.

Keith Stacey of DCBMX told The Echo: “This track is the next level of BMX racing.

“In Ireland we have national grade tracks, but no international grade ones, so this track will be the first of its kind in Ireland.

“It will also have the first proline to be built in Ireland.

“A proline is a bigger jump and can be used to develop junior league riders and also those competing at international or Olympic level.”

According to Keith, the track, which runs over 380 metres, will also have a spectator area that can be used by the community when competitions are being staged.

“It’s so important that the community of Tallaght and South Dublin County as a whole takes ownership of this facility,” Keith said.

“We want the kids using the track and their parents to get involved and be part of something amazing in their community.

“Our main goal is to grow DCBMX into an inclusive club that provides positive mentoring to all members of all ages both on and off the tracks . . . and that includes kids riding for fun and those who want to engage in serious training. This is something really positive for the community and we’re delighted with the plans and are hoping to get going on development early next year.”

When contacted by The Echo this week, the council said: “Part 8 proposals for a proposed BMX track at Jobstown Park were presented to the local councillors at the November Tallaght Area Committee meeting, prior to the commencement of the public consultation process.

“It is intended to commence the Part 8 process within the next fortnight and the project plans and particulars will be available at that time on South Dublin County Council’s public consultation portal.”