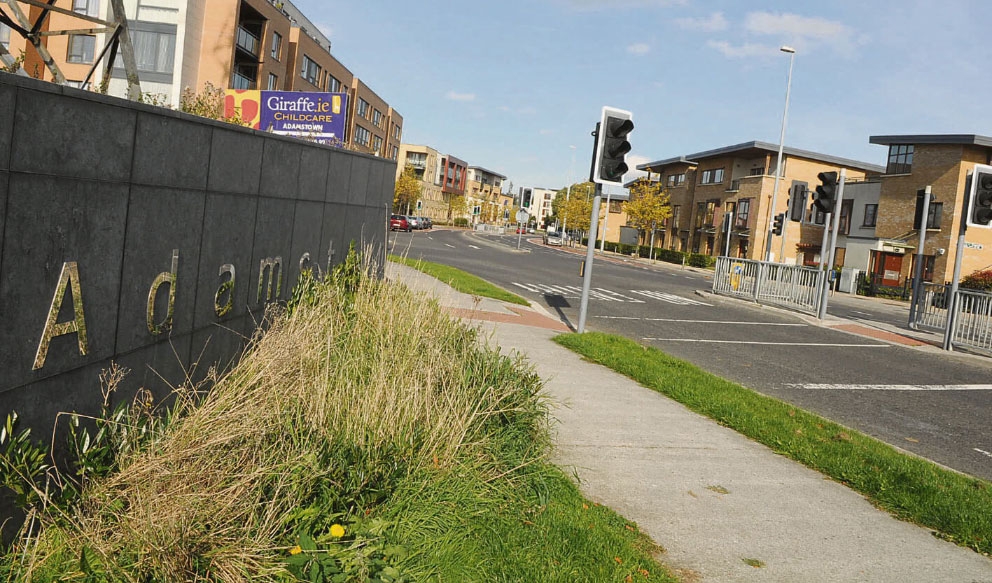 Permission is granted for park in Adamstown

South Dublin County Council has been granted permission to develop a new public park in Adamstown.

The new public amenity is to be known as Airlie Park, and will be located at the site of what was formerly Airlie Farm, which is located just off Tandy’s Lane and also runs adjacent to Dodsborough Road.

It will contain numerous sporting facilities including an all-weather football pitch with four floodlights.

Also planned is a full sized cricket ground with two practice areas surrounded by 3.6m of high netting, which will no doubt be welcomed by Adamstown Cricket Club, which has come a long way since it was setup in 2009.

Other ball sports are also catered for with two basketball and two tennis courts, each with six 10m high columns containing between two and four floodlights, as well as 3m of double wire ball stop fencing.

There will be two new vehicle access areas created off Adamstown Boulevard which will contain 56 spaces for cars, and 70 spaces for bicycles.

The existing one story building Airlie Lodge and adjacent ancillary buildings will be demolished as part of the plans.