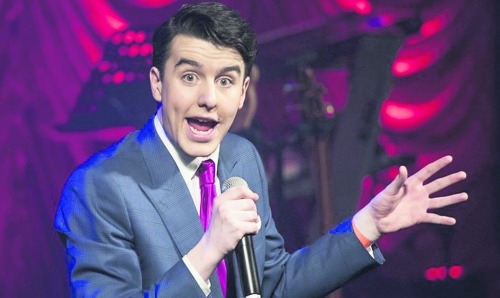 Person of the Year nominations flood in and exceed expectations

AN EARLY sell-out of tickets is expected for the 32nd Tallaght Person of the Year awards on November 20, with discounted ticket prices available until this Friday.

The unique community celebration is taking to the stage of the Red Cow Pavilion in just over two weeks, when around 350 people will gather to recognise and applaud all of the great work that goes on in Tallaght – and the area’s inspirational community spirit, pride and talent.

The nomination process, which closed earlier this week, has exceeded last year in the number of nominations – with the process of evaluating nominations now commencing.

Organised by the Tallaght Community Council (TCC), the awards will this year see Tallaght top comedian Al Porter take to the stage alongside local band Ruffus, who will no doubt have the dance floor hopping after the awards ceremony closes.

Tara De Buitléar, Chair of TCC, told The Echo: “We are thrilled with the level of interest and the volume of nominations, and worthy nominations, this year.

“We well exceeded last year’s number of nominations, which is brilliant – and not only shows that more people are engaging with the awards, but is recognising all of the great work going on in their communities.

She added: “Tickets are selling fast this year – more than 50 per cent are gone.

“All of the nominees will have their certificates by the end of the week and I’d encourage any nominee who wants to bring friends and family to contact the box office in The Echo as soon as they get their nomination notification.

“It’s going to be another great night this year and people can expect a very positive, feel-good evening full of amazing local achievements, talent and entertainment.”

Tickets, which include a four-course meal and entertainment, are on sale from the box office in The Echo office, Main Road, Tallaght, on Thursday and Fridays between 10am and 4pm.

Tables of ten are also available for €350.

TAGS 350 guestsAl PorternominationsNomineesTallaght Person of the Year 2015Tickets
Share This